The Department for International Trade has been accused of “exaggerations and mis-truths” after being caught up in a row over the price of soy sauce, sparked by an episode of the Great British Bake Off.

During the latest episode of the TV cookery show, contestants competed in “Japanese Week” and were tasked with producing steamed buns, as well as the weekly “technical” and “showstopper” challenges.

As the programme aired on Channel 4, the Department for International Trade used the opportunity to hail the UK’s newly-signed post-Brexit trade deal with Japan. 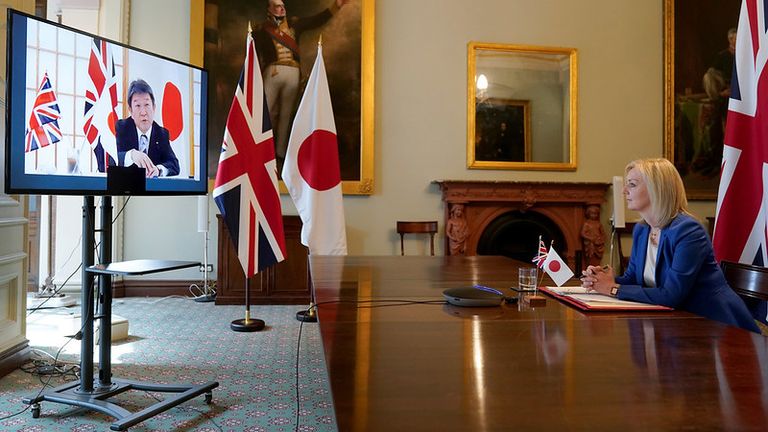 A post by the department’s Twitter account claimed the Japan trade agreement signed by the international trade secretary Liz Truss last week would see soy sauce “made cheaper” in the UK.

However, trade experts were quick to point out there are already no tariffs on soy sauce entering the UK from Japan, suggesting that the product was unlikely to be cheaper under the new deal.

David Henig, UK director of the European Centre for International Political Economy, told the department it was “not a good look when you can’t trust a government social media account to tell the truth”.

Until the end of the Brexit transition period at the end of this year, the UK will continue to benefit from the EU’s trade deal with Japan, at which point the newly-signed UK-Japan agreement will apply.

However, the Department for International Trade doubled down on its claim, tweeting that under World Trade Organisation (WTO) terms – on which the UK would have traded with Japan from next year if a post-Brexit deal had not been signed – the tariff on soy sauce is 6%.

In the continuing absence of a post-Brexit trade deal with the EU, Prime Minister Boris Johnson recently claimed the UK will “prosper mightily” if forced to trade on WTO terms with the bloc, which he has often described as an “Australia-style” relationship.

Labour’s Emily Thornberry, the shadow international trade secretary, said that the Department for International Trade’s claims about soy sauce and the Japan deal were “just an illustration” of a “much bigger problem”.

She posted on Twitter: “For four years, the DIT has been over-promising and under-delivering when it comes to our trade deals, then constantly trying to fill the gap with exaggerations and mis-truths.”