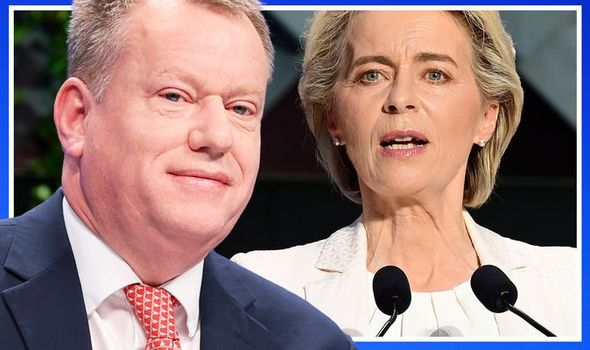 Cabinet Office minister Lord Frost will use a major speech in Lisbon to warn that the peace process is under threat and say the UK will have to unilaterally suspend elements of the Northern Ireland protocol if rapid solutions are not found. The protocol was intended to avoid the need for border checks in Ireland but there is unionist fury at the obstacles to trade with the rest of the UK.

The EU is expected on Wednesday to propose allowing sausages and chilled meat products to continue to be exported from Great Britain to Northern Ireland after the end of the current grace periods, but Lord Frost will make clear on Tuesday that Brussels will have to make much bigger changes.

There is deep concern at the political instability in Northern Ireland, with DUP leader Sir Jeffrey Donaldson warning last month his party is prepared to quit Stormont, with ministers in the power-sharing government resigning their posts, unless its demands are met.

Lord Frost will say that the UK would like a better relationship with the EU but make clear that this cannot happen without changes to the protocol.

The Government insists that “genuinely good relations” will be difficult if the EU keeps in place the trading arrangements which it fears now risk undermining the Good Friday Agreement.

Brussels would be expected to retaliate if the UK unilaterally suspended the protocol, but this is likely to come in the form of targeted sanctions against specific products.

The stability of Northern Ireland’s institutions and the parties’ commitment to power-sharing may be tested after the next elections, due in May, if Sinn Fein becomes the largest party and wins the first minister position for the first time; tensions between unionists and the Republic may also escalate if Sinn Fein, which already has the highest numbers of members in the Irish parliament, enters government in Dublin.

The continuing volatility in the province was demonstrated earlier this year when the worst rioting in years occurred. A cabinet minister described the present situation as “troubling”.

Lord Frost plans to begin “intensive” talks very soon but the Government is adamant that “endless negotiation is not an option”. A key area of controversy is the role of the European Court of Justice in settling disputes, and Lord Frost will this week give the EU commission a new legal text setting out proposals for change.

Lord Frost is expected to say: “No one should be in any doubt about the seriousness of the situation. That is why we are working to reflect the concerns of everyone in Northern Ireland, from all sides of the political spectrum, to make sure that the peace process is not undermined.

“The EU now needs to show ambition and willingness to tackle the fundamental issues at the heart of the protocol head on. The UK-EU relationship is under strain, but it doesn’t have to be this way.

“By putting the protocol on a durable footing, we have the opportunity to move past the difficulties of the past year…

“The Commission have been too quick to dismiss governance as a side issue. The reality is the opposite.

A UK Government source added: “Whether they’re in London, Dublin, Brussels or Belfast, nearly everyone now agrees that Protocol isn’t working as it should. That is a big change from the start of the year and we are glad the Commission is now working on solutions.

“The real question now is whether the EU are prepared for the scale of changes needed. We will look carefully and constructively at whatever proposals the EU bring forward.

“Our negotiating teams are ready to work intensively and rapidly to try and find a solution, and we expect to be doing so very soon. The prize on offer is a stronger UK-EU relationship which is focussed on the future.

“But tinkering around the edges just won’t work. If the EU can’t show ambition and agree significant changes to the Protocol, we will have to use Article 16 to make sure arrangements are in place that do safeguard the Belfast (Good Friday) Agreement and the peace process”.

CREAKING SOUNDS AT THE HEART OF THE EU

The European Union has been plunged into crisis following a ruling by a Polish court that challenges the supremacy of EU law.

Fears have surged in the EU that “Polexit” is now on the cards in the wake of the ruling that parts of European law are incompatible with Poland’s constitution.

Luxembourg has accused Poland of “playing with fire”, EU Commission president Ursula von der Leyen says she is “deeply concerned”, and France has warned of the “risk of a de-facto exit”.

Earlier in the week, a cabinet minister joked that just as the UK helped eastern European states with privatisation after the fall of Communism, Britain could provide advice to countries looking to leave the EU.

A senior Foreign Office source Britain is closely engaged with the Visegrád group – the Czech Republic, Hungary, Poland and Slovakia – while relations have been strained with France, which is increasingly seen to dominate the EU.

A key reason why other states may be more reluctant to head for the exit door is the fear of setting off another eurozone financial crisis.

Another senior minister joked they hoped other countries would not do as bad a job at leaving the EU as the UK had.