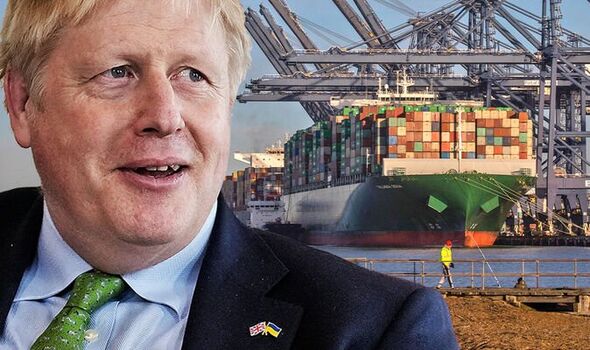 The bitter move will see the bloc launch three separate lawsuits against Britain for attempting to unilaterally untether from the Northern Ireland Protocol. The Government said it was forced to act after re-negotiations to solve problems with the original deal stalled and the bloc introduced 4,000 new laws that could impact the Protocol since its introduction in January 2021. Foreign Secretary and chief Brexit negotiator Liz Truss set out the plans in Parliament on Monday which was met with her EU counterpart, Maros Sefcovic, drawing up a list of British goods they could hit with crippling trade tariffs, according to the Telegraph. Other potential retaliation from the EU include ending financial equivalence for the City of London to European markets, or officially ending Britain’s accession to the Horizon research programme, sources claimed.

Good morning from London. I’m Tara Fair, I’ll be bringing you all the latest developments on Brexit. Please feel free to get in touch with me as I work if you have a story or tips to share! Your thoughts are always welcome.