The legislation will have its Committee Stage reading this afternoon ahead of the next round of formal talks between the UK and EU next week. The bill sparked controversy on the continent following its introduction to the Commons earlier this month. However, Mr Johnson agreed a deal with Tory rebels in order to stop a potential revolt. The compromise means MPs will be given a vote on when to use the powers within the UK Internal Market Bill.

UK and EU officials will hold informal talks later this week as the two sides attempt to agree a deal.

Ahead of the informal meeting, The Sunday Times reported Britiish banks may stop lending to UK citizens in the EU.

With no post-Brexit agreement in place, certain banks may not lend money to UK nationals and may stop providing a service at the end of the year.

Barclays said in a statement: “The timings for account closure will depend on the type of product that a customer holds, but we will always give notice to customers.”

The Treasury, however, insisted banks must provide their customers with information to make adjustments ahead of the end of the transition. 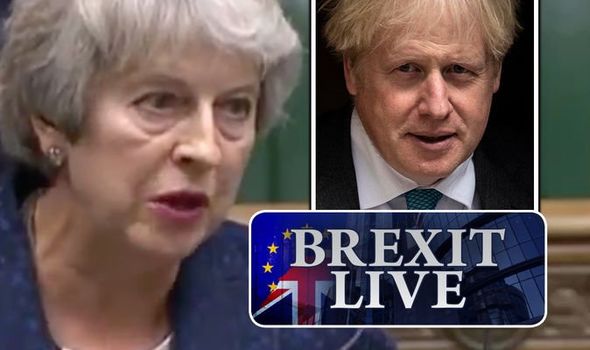 The controversial legislation is intended to maintain trade between the four nations and is scheduled to have its final report stage on September 29.

Controversy sparked earlier this month, after it was discovered the legislation violates elements of the withdrawal agreement.