Stéphane Pinto said the UK cannot “just click their fingers” and say the French “can’t fish in British waters any more”. It comes as the UK and EU’s chief negotiators, David Frost and Michel Barnier say they are inching towards a deal ahead of an October 15 deadline, but important gaps remain on fishing, level playing field issues and governance. Both sides have planned for a no deal Brexit.

But Mr Pinto said the UK leaving the EU without a deal would create tensions” and warned it might even lead to “naval battles”.

The deputy head of the fishermen’s committee of the northern region of Hauts-de-France told The Sunday Times: “They can’t just click their fingers and say we can’t fish in British waters any more.

“We are talking about agreements going back decades.

“The rest of Europe, the Dutch, the Belgians, the Danes and the other French fishermen will find themselves cohabiting in such a small geographical area that there will be greater pressure on resources.

“Given everyone also uses different fishing techniques, it is going to create tension. It might even lead to naval battles.” 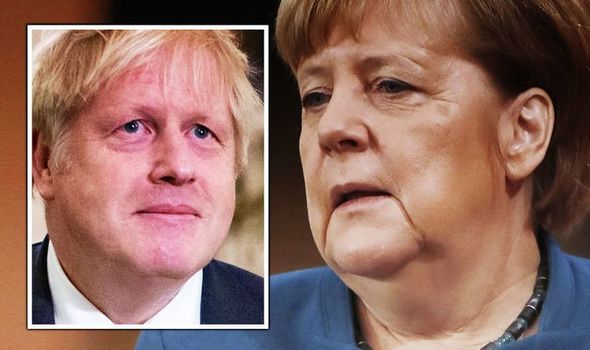 Mr Johnson has set a deadline of the October 15 EU summit for a deal, and while his top Brexit advisers say additional work on a text would have to follow, they have warned the EU they will not do a deal at any price.

As he grapples with a swiftly accelerating second wave of the coronavirus outbreak, Mr Johnson will ultimately have to make the final call on whether to accept a narrow trade deal or go for a more tumultuous no deal that could be blamed on the EU.

7.40am update: Businesses urged to prepare for Brexit

Businesses have been urged to prepare for the end of the Brexit transition period, saying that they need to take action whether or not a trade deal with the EU is clinched.

Prime Minister Boris Johnson has said Britain won’t extend the transition period, which ends on December 31, and that progress must be made to bridge significant gaps between the two sides in the coming days if a deal is to be struck.

The business ministry argues that most of what businesses need to do is the same regardless of the outcome of the negotiations and has planned a series of sector specific webinars in October.