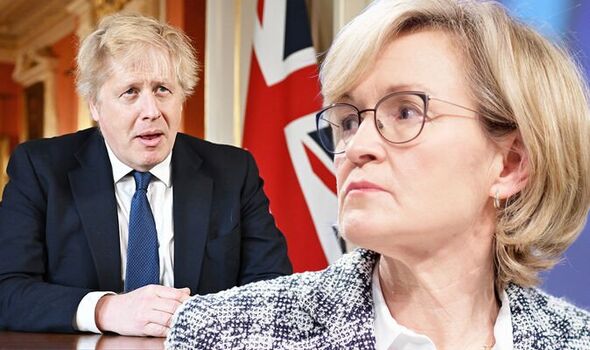 Since Britain left the EU, Mairead McGuinness, the EU’s financial services commissioner, has been determined to punish the City of London as the nation’s economic engine. But the bloc’s campaign to shift lucrative business from the City to the Continent has so far produced few results. Tensions erupted in April when Ms McGuinness said the EU’s reliance on the City’s clearing houses was a vulnerability in the same way as Europe’s dependency on Russian gas or oil imports. In a move that has not been well received by Europe’s banks, the EU has demanded they shift business to the Continent and said the temporary extension allowing them to trade through London will not be extended beyond 2025. The European Banking Federation (EBF) said the plans would cause “serious market disruption” and “significantly weaken the attractiveness and competitiveness” of EU clearing houses. Speaking in September about Brussels’ clearing plans, Andrew Bailey, Governor of the Bank of England, said: “If they want to take a decision to break the [clearing] system up, it is important to consider the risks to financial stability that come with fragmentation. This is not an idle, ‘you would say that, wouldn’t you’ from the UK’s central bank: that is a real threat.”

What is a financial clearing house?

A clearing house is a middle-man between buyers and sellers of financial instruments.

Good morning from London. I’m Tara Fair, I’ll be bringing you all the latest developments on Brexit. Please feel free to get in touch with me as I work if you have a story or tips to share! Your thoughts are always welcome.