The DUP leader says removing the Irish Sea border is “the only path to stable and sustainable government in Northern Ireland”.

Sir Jeffrey Donaldson has urged his party to unite against the Protocol – but his first day in post was overshadowed by the resignation of a Stormont Assembly member.

North Down representative Alex Easton, a member of the DUP for 21 years, said he saw no “respect, discipline or decency” in its recent behaviour. 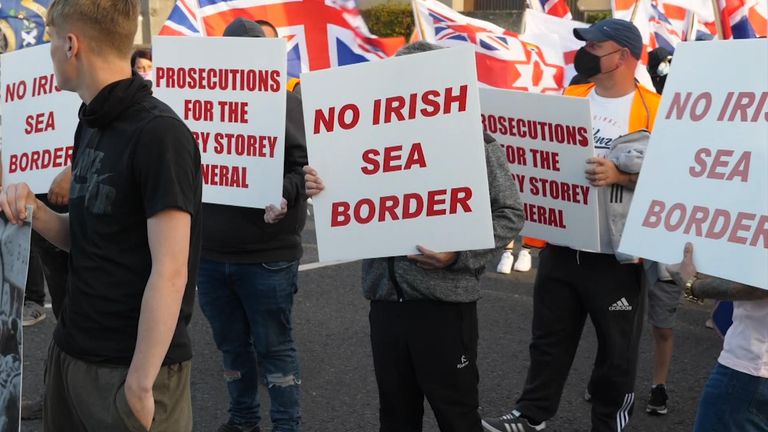 Sir Jeffrey has been ratified as the party’s third leader in two months, following internal revolts against Arlene Foster and her short-term successor Edwin Poots.

In his first major speech in the post, he said: “The Northern Ireland Protocol represents the greatest threat to the economic integrity of the United Kingdom in any of our lifetimes.

“In the weeks ahead, our goal is to remove the Irish Sea border and to preserve and protect the internal UK market.

“This is the route to restoring the constitutional balance that was achieved by the Belfast and St Andrews Agreements and it is the only path to stable and sustainable government in Northern Ireland.”

While there were other factors, pressure from Unionist constituencies over the Protocol contributed to the ousting of Mrs Foster after five years at the helm.

Mr Poots was deposed after 21 days in the job when he recommitted the DUP to power-sharing, despite growing Unionist anger over the sea border. 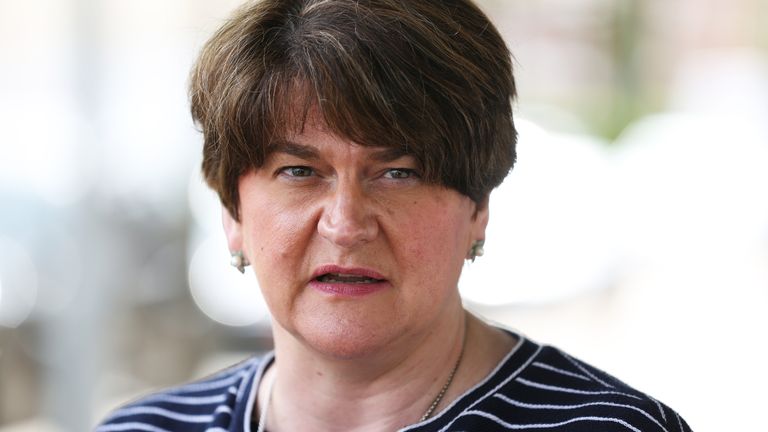 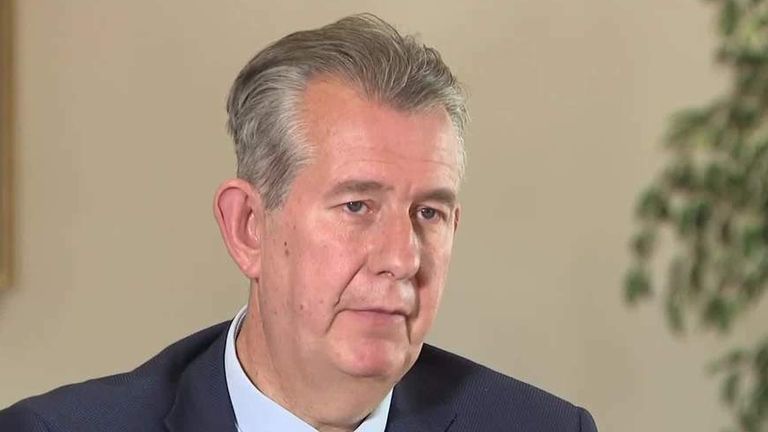 Sir Jeffrey said: “This is not the time to talk up a crisis or to unnecessarily raise the temperature but let me assure you that the government understands our position and they know what needs to be done.

“Let me also make it clear that if the government stands over its commitments, we will not be found wanting in delivering on ours.”

The leader might have changed (again) but the message has not.

Sir Jeffrey Donaldson has made a clear connection between the Protocol and power-sharing.

He will struggle to commit the party to devolved government long-term without some movement on the sea border.

The DUP rejects claims that its stance on Brexit, which required a border somewhere, created the context for the Protocol.