Brexit: UK 'wanted to be in charge' says Widdecombe

Unfortunately the EU continue to treat the regulatory boundary in the Irish Sea as if it were like any other external EU border.

“As a result we are seeing sustained disruption despite the extraordinary efforts of businesses to make things work. We are seeing reduced availability and choice on supermarket shelves, cancelled deliveries, retailers temporarily pulling products, and interference with the movements of pets and parcels.

“That is undermining the protocol as a whole.

“Solutions are needed urgently and we will continue to consider all our options in meeting our overriding responsibility for sustaining the peace and prosperity of everyone in Northern Ireland.”

Northern Irish politics was thrown into chaos last week when Edwin Poots resigned as DUP leader after just 21 days in the job. 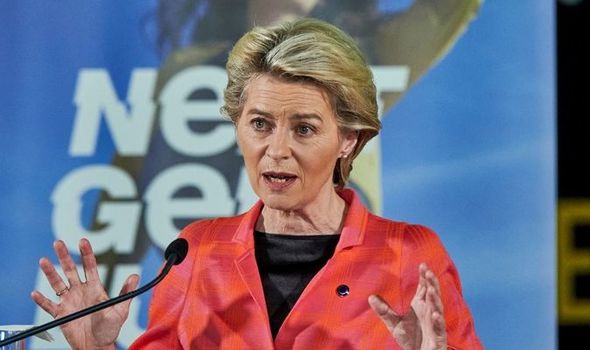 A collapse of the power-sharing arrangements with Sinn Fein could lead to early elections, and it is feared tensions in the province will escalate as the traditional marching season continues.

Former Northern Ireland secretary Theresa Villiers said the protocol may have to be suspended.

She said: “The EU’s absolutist approach is making the protocol disruptive to life in Northern Ireland.This is causing significant political instability.

“With a tense parading season starting, it is more important than ever that a pragmatic approach is taken.

“If the EU will not act reasonably then the whole protocol may have to be suspended.” 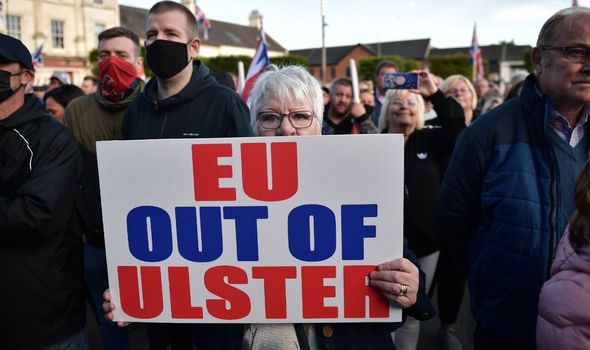 Strangford DUP MP Jim Shannon said it would be an “enormous help” if Boris Johnson scrapped the Northern Ireland protocol.

Urging the PM to take action, he said: “I do think that the prime minister has an enormous responsibility just at this moment to do something good and he has the power. It ultimately lies with him.”

The UK has asked for an extension to a grace period so exports of chilled meats from Great Britain to Northern Ireland are not banned at the end of this month, but Mr Shannon wants to see a long-term solution.

He said: “It’s almost like pushing the can down the road. What I want to see [is] a long-term fix to it. 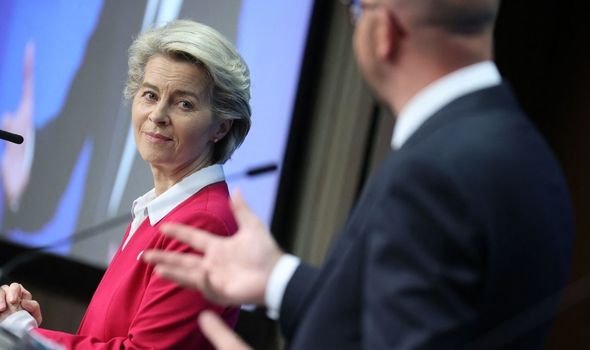 “There is only one person who can do that and that is Boris Johnson.”

He said: “The UK Government should be trying to lower the temperature and solve problems. Contrary to some of the distortions being traded in London, everyday life – and shopping – is continuing pretty much as normal.

“A small number of extreme actors are endeavouring to stoke grievances that long predate the protocol. 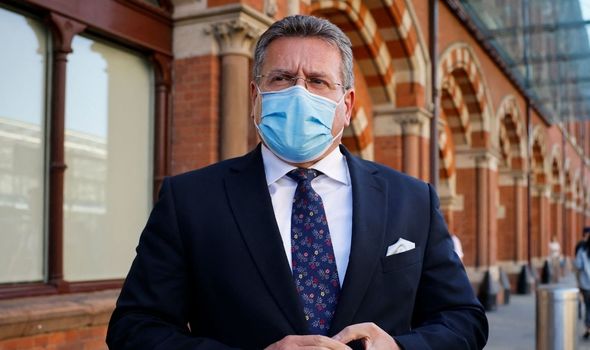 The focus of the UK and EU should be making the protocol work as smoothly as possible, but also ensuring Northern Ireland benefits from the enormous economic opportunity of having – uniquely on the planet – privileged access to both markets.”

A UK Government source said it was “somewhat unhelpful if not outright irresponsible” to talk of the province reaching a boiling point.

Stressing that the Government has not ruled out suspending the protocol using so-called Article 16 powers, the source said: “[The] Government has been very clear about the fact that all options remain on the table for ensuring the stability and prosperity of Northern Ireland, which includes Article 16 if absolutely necessary, but I don’t think we’re quite there yet.”