The UK government has been told to “act unilaterally” over the controversial Northern Ireland protocol in its trade deal with the EU.

Following the UK’s departure from the European Union, the Brexit deal agreed saw trade checks enacted on products travelling between Northern Ireland and the rest of the UK.

But to avoid a hard border on the island of Ireland, these regulatory and customs checks moved to the Irish Sea, with goods imported into Northern Ireland from the rest of the UK subject to a range of new processes.

A grace period has been in place since 31 December, but there has still been disruption on transporting supermarket goods and this could intensify when it ends on 1 April.

Unionists say the protocol is driving an economic wedge between Northern Ireland and the rest of the UK. 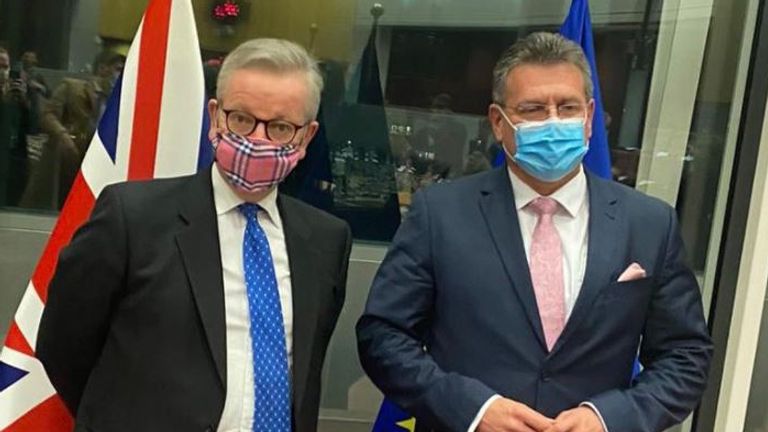 Stormont First Minister Arlene Foster, leader of the Democratic Unionist Party, spoke after a meeting of the UK/EU committee for implementing the mechanism.

She said: “It is time for the United Kingdom government to act unilaterally. The grace period ends next month, yet the European Union refused to recognise the problems or offer any sensible solutions.

“From 29 January until 24 February the European Union has prevaricated, dragged its feet and closed its eyes to the serious crisis within our supply chain.

“The prime minister told the House of Commons that there would be unfettered trade within the United Kingdom, yet the Northern Ireland protocol has completely ruptured the flow of goods from Great Britain to Northern Ireland.

“Whether from a constitutional or economic point of view, Northern Ireland cannot be cut off from our main trading partner by a protocol which not a single unionist party in Northern Ireland supports.” 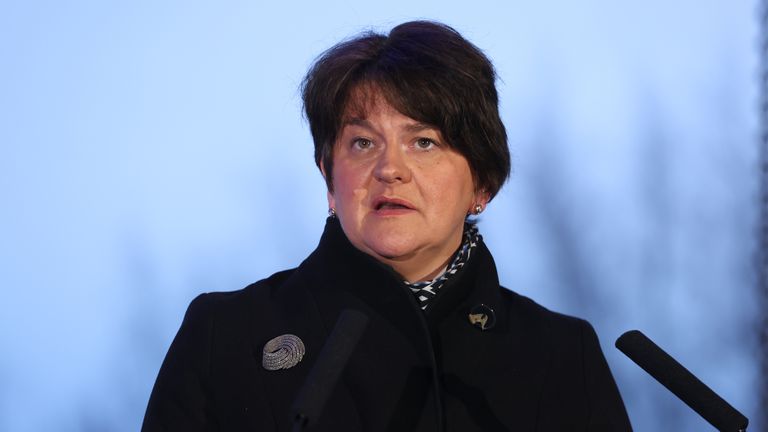 Ms Foster’s statement was not in tune with that of the deputy first minister, Sinn Fein’s Michelle O’Nell, who said the UK/EU meeting was “very constructive” and that “both sides committed to try and define practical solutions”.

“The parties acknowledged the importance of joint action to make the protocol work for the benefit of everyone in Northern Ireland,” they said.

“In that spirit, the EU and UK reiterated their full commitment to the Good Friday (Belfast) Agreement in all its dimensions, and to the proper implementation of the protocol,” they said.

“The UK and the EU underlined their shared commitment to giving effect to those solutions agreed through the Joint Committee on 17 December 2020, without delay.

“The UK noted that it would provide a new operational plan with respect to supermarkets and their suppliers, alongside additional investment in digital solutions for traders in accordance with the protocol.”

Mr Gove previously said that “the Pandora’s box has been opened” on unilateral action after the EU said it would invoke measures within Article 16 of the protocol to control movement of COVID-19 vaccines.

Article 16 overrides part of the protocol that prevents a hard border and was intended as an emergency measure.

Following widespread consternation from within the UK and in the Republic of Ireland, the bloc quickly back-tracked.