It feels like 2016 all over again. Poll after poll is released by broadcasters like CNN and other anti-Trump media outlets (all using questionable methods), that say the US election is all but over. But all is not as it seems. The President himself this week tweeted out a poll published by the Sunday Express showing that he’s actually ahead in the key swing states. Not only was this a feather in the cap for this UK newspaper, but an indication once again that mainstream broadcasters have got it wrong. You might even call it Fake News.

2020 is a tough year for any incumbent government anywhere in the world and it is easy for opposition parties to attack their record on handling the Covid 19 crisis. We see it here in the UK with Sir Keir Starmer attacking the Prime Minister every week and he now leads in some opinion polls.

It is the same in the USA, and this has been the issue that Joe Biden has pushed hardest on.

The shock news that the President, the First Lady and many White House staffers received a positive diagnosis looked initially to be a blow to the campaign. Yet, in true Hollywood style, Trump has dramatically recovered and returned to the Oval Office.

He is now taking ownership of the issue and putting a positive message that just as he has recovered, the USA will too. It is an optimistic pitch that says we must stop hiding away, closing down the economy. 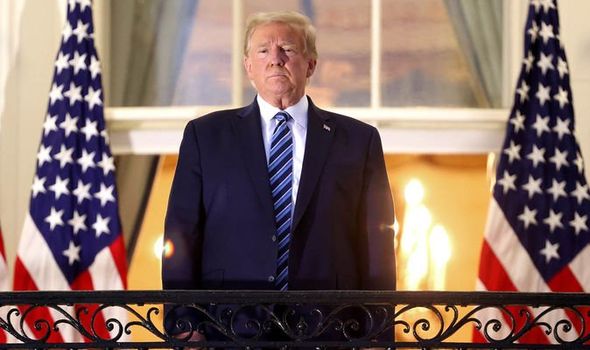 We simply must get on with the rest of our lives. There are echoes of President Roosevelt in the 1930’s who famously said, “we have nothing to fear than fear itself”. In a country that is based on hard work, free-market capitalism and a much smaller welfare state than here, it is resonating with many people.

As a strong supporter and friend of the President, I must confirm that the first Presidential debate was not a whole-hearted success. However, there was one key area that Joe Biden looked weak and Trump very strong.

The BLM and Antifa protests in American cities have degenerated into full-scale rioting, looting and violence. Their campaign is more about bringing down capitalism and spreading an anti-police message than it is about racial equality in American society.

While I accept that Covid 19 will be the dominant question, the safety of people living their lives is more important in the USA today than it’s ever been.

On this, Trump has the complete support of the police and will continue to reach out to suburban American voters pointing out that Biden will not be able to control the radical left in his own party.

When questioned about the extreme violent Antifa group, Biden could only say that they were an idea and not an organisation. This is simply not true and he is on very weak ground. This is a very powerful issue that I think is currently being underestimated by established pollsters in terms of the questions that they ask.

In this election, Trump is not the outsider anymore. He is not the gunslinger from New York but American President, defending his record in office. Perhaps in the first debate with Biden he looked a little too much like the insurgent. He doesn’t need to do that as there is a strong record to defend.

Indeed, in Mike Pence’s debate with democratic VP nominee Kamala Harris he did a very good job in doing just that. In economic terms, prior to the Covid outbreak, America was doing very well. Wages were rising for ordinary families and the Trump tax cuts had put more money in their pockets.

Indeed, when I met President Trump on February 29th this year he was riding high, with many predicting a landslide. Voters will ask themselves in the next few weeks who is best placed to rebuild the economy post Covid, and in in my view, Trump wins on that question. His foreign policy achievements should be a big part of his pitch to voters, too. 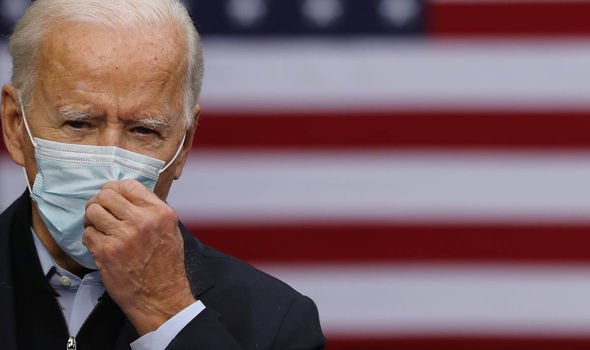 Under Trump there have been no more endless wars and a remarkable series of agreements are now being signed between Israel and a number of Arab states. In 2016, Trump stood up and made the people a series of promises and, in the main, has kept them. That is refreshing for a Western democracy in these modern times.

Whether you like Trump’s style or not, one thing is for certain; that this is the most Pro-British President for many years. By contrast, Joe Biden was Obama’s deputy when he said Britain would be back of the queue if we dared to vote for Brexit.

He is keener on the relationship with Ireland than he is with us, sees Brexit as a mistake and I do not see any prospect of a free trade deal with the USA under President Joe Biden. The special relationship is vital for post-Brexit Britain and will only be safe in Trump’s hands.

Back in 2016, I stuck my neck out and not only backed the Trump campaign but also predicted he would win. This was treated by much hilarity at the time from the great and the good. I think that those same people are all in for another shock on November 3.