WASHINGTON (Reuters) – Democratic leaders in the U.S. Congress and top aides to President Donald Trump failed to make substantial progress on Thursday on a new coronavirus aid bill during a contentious meeting that broke up with no clear path to a deal. 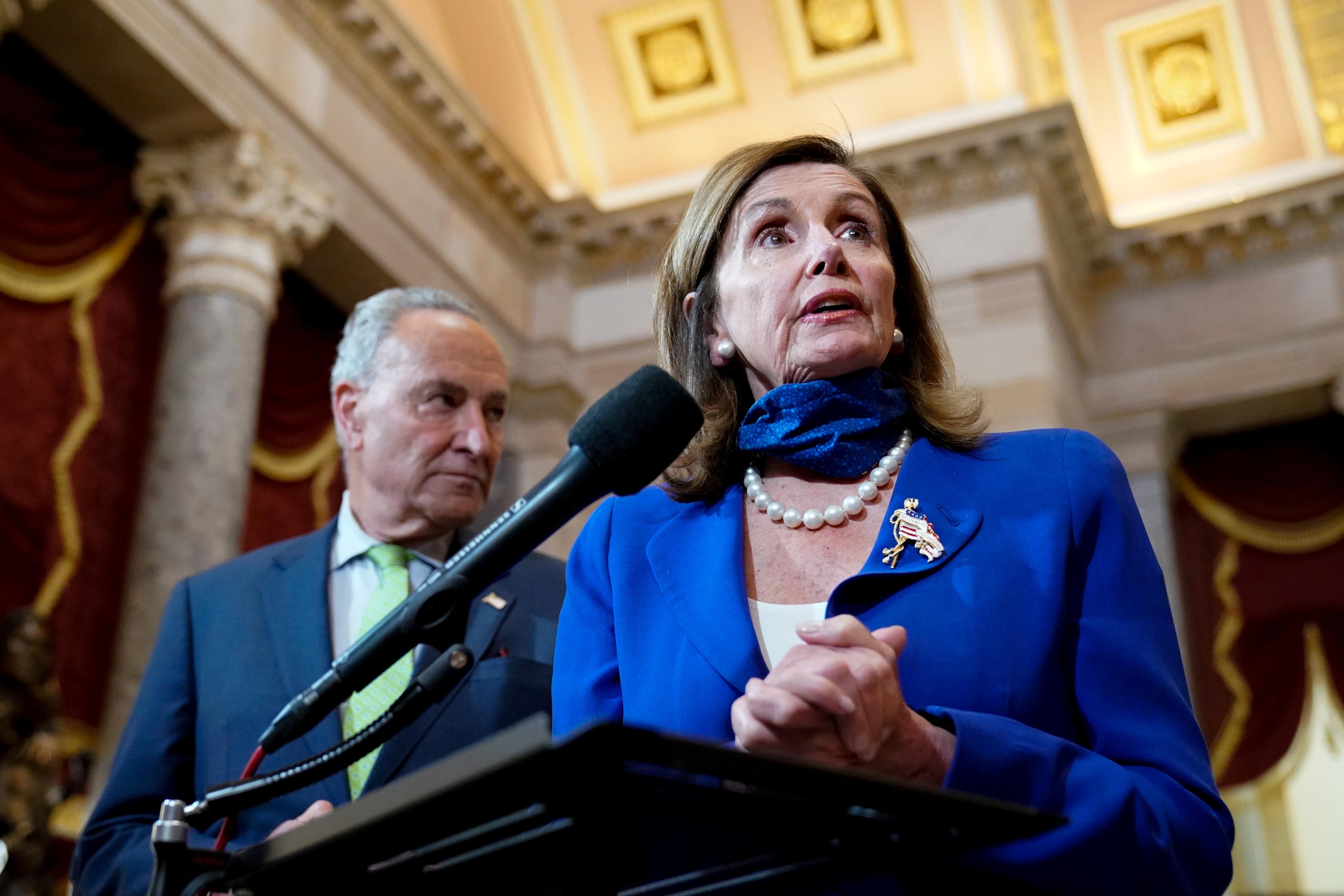 Both sides expressed a willingness to continue negotiations, even as Trump stood by his threat to withdraw from the talks if a deal is not reached soon. Instead, he is considering using executive powers to provide some limited aid.

“If we conclude tomorrow that there’s not a compromise position on the major issues, the president has alternatives in executive orders,” Treasury Secretary Steven Mnuchin told reporters.

The two sides have failed for almost two weeks to agree on a fresh round of financial stimulus intended to salve the heavy human and economic toll of a pandemic that has killed nearly 160,000 Americans and thrown tens of millions out of work.

Their differences centered around new aid to state and local governments and continuing the additional $600 per week federally-backed unemployment benefits agreed to earlier in the crisis.

The Democratic-controlled House in mid-May passed a $3.4 trillion coronavirus aid bill. The Senate has failed to pass even a one-week extension of the $600-per-week jobless benefit that expired last Friday.

Senate Majority Leader Mitch McConnell last week unveiled a $1 trillion plan that Democrats dismissed, as did many of his fellow Republicans.

With pressure building on Congress and the White House to respond with a fifth major aid bill this year as coronavirus cases and deaths mount, the negotiators were feeling the pressure, especially as some emergency aid programs expired.

Pelosi said White House Chief of Staff Mark Meadows, a former right-wing House member, at one point “slammed the table and walked out” of the Democratic speaker’s office. She compared his behavior to that of Trump’s at past White House meetings she attended.

“You’re slamming the table on our children and their schools. We need to have substantial help for our schools,” Pelosi said.

Meadows denied to reporters that he had walked out of the meeting.

For months, congressional Republicans and the White House have bridled at Democrats’ demand for around $1 trillion in new aid for state and local governments, saying it was a bailout for fiscal irresponsibility by those governments.

Democrats have countered that state and local governments face devastating layoffs as their revenues have fallen during the coronavirus crisis.

In a shift, Mnuchin said Trump is prepared to help state and local governments with aid that deals with additional coronavirus-related expenses and makes sure first responders, hospitals, police, firemen and school teachers all have “proper funding.”

He did not indicate how much money the president was willing to spend, but said it could not be a large sum.

The White House, Mnuchin said, offered a compromise on extending federal unemployment benefits and would consider giving aid to renters so that they do not get evicted during the coronavirus pandemic that has hobbled the U.S. economy. 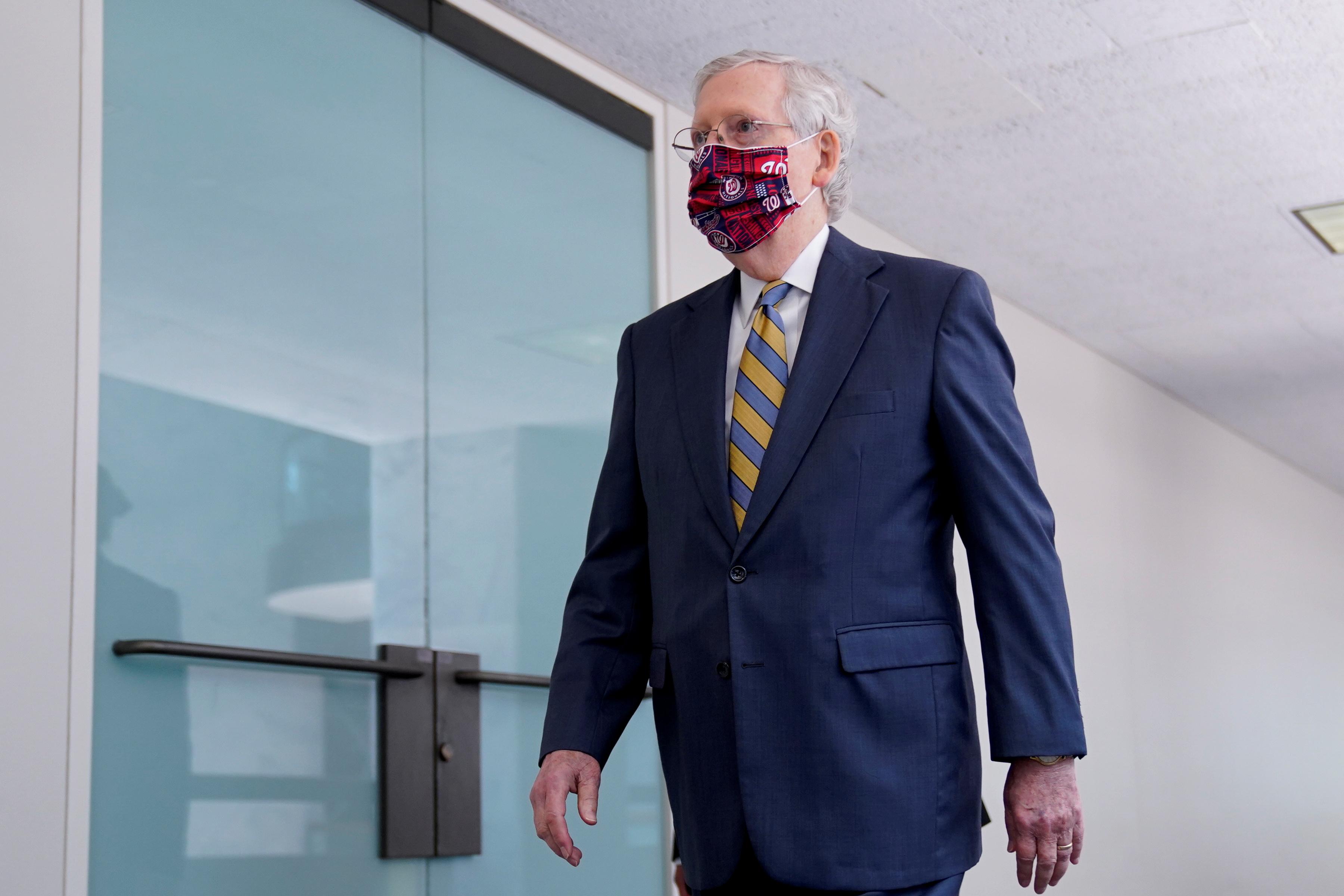 Since the beginning of the negotiations, the two sides have tangled over whether a sweeping economic stimulus was needed, as Democrats have insisted, or whether some targeted funding would suffice.

Deep into the talks, that remained a thorny issue, as Meadows said Trump instructed him and Mnuchin to push the possibility of a “narrower deal.”