A Conservative MP has been stabbed multiple times in an incident at his constituency surgery and a man has been arrested.

Sir David Amess, who represents Southend West in Essex, was attacked on Friday at Belfairs Methodist Church in Leigh-on-Sea.

Sky News understands a man walked into his constituency surgery and stabbed him multiple times.

It is believed Mr Amess, 69, has been receiving treatment at the scene for his injuries, with a local Conservative Party source telling Sky News that an air ambulance is at the scene.

“We’re not sure how serious it is but it’s not looking good.”

Sir David has been MP for Southend West since 1997 and first entered parliament in 1983.

Essex Police wrote on Twitter: “We were called to reports of a stabbing in Eastwood Rd North shortly after 12.05pm. 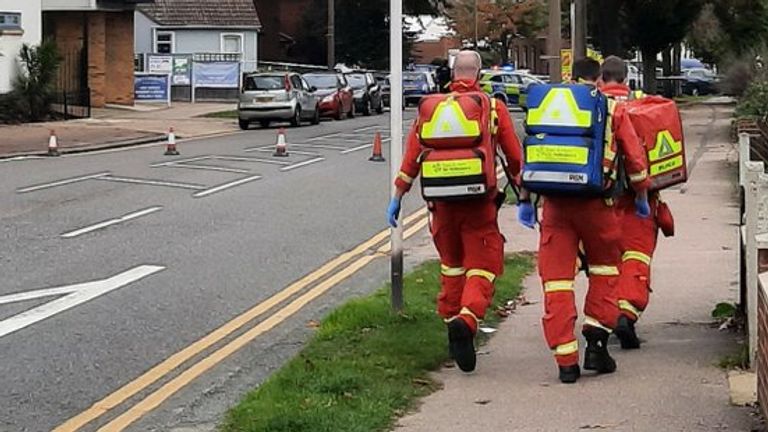 “A man was arrested shortly after & we’re not looking for anyone else.

“We’ll bring you more info when we have it.”

MPs and politicians from all parties have reacted with shock to the news.

Conservative MP Michael Fabricant wrote on Twitter: “David Amess is one of the most lovely, uncontentious, caring MPs in Parliament. This is just awful.”

“My thoughts and prayers are with David and his family.”