Insiders are braced for a legal challenge after the opposition leader withdrew the whip from his predecessor.

Sir Keir said he took the decision because Mr Corbyn had undermined trust in Labour’s handling of anti-Semitism.

But he was accused of waging a “vindictive campaign” and unleashing “more division and disunity” in the party.

The leader’s move was at odds with the decision by the party’s ruling NEC to reinstate Mr Corbyn as a Labour member.

Sir Keir said he acted because the disciplinary process did “not have the confidence of the Jewish community”.

“Since I was elected Labour leader, I have made it my mission to root out anti-Semitism from the Labour Party,” he said.

“I know that I will be judged on my actions, not my words.”

Sir Keir said he is keeping the decision under review. Senior Labour figures expect the issue will be brought to a head through legal action.

Mr Corbyn’s supporters have already raised cash to fund a challenge and yesterday began maneuvering to force his reinstatement to the parliamentary party.

Momentum, the campaign group launched to support his leadership, started a petition calling for the whip to be restored. 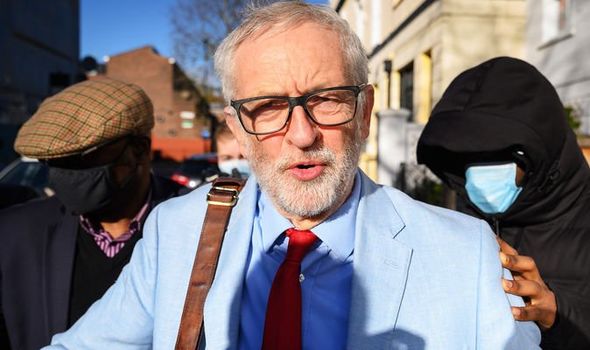 Former shadow chancellor John McDonnell said Sir Keir’s decision was “just plain wrong” and would cause “more division and disunity in the party”.

Board of Deputies of British Jews president Marie van der Zyl said Labour’s disciplinary process is “clearly still not fit for purpose” but Sir Keir had “taken the appropriate leadership decision not to restore the whip to Jeremy Corbyn”. 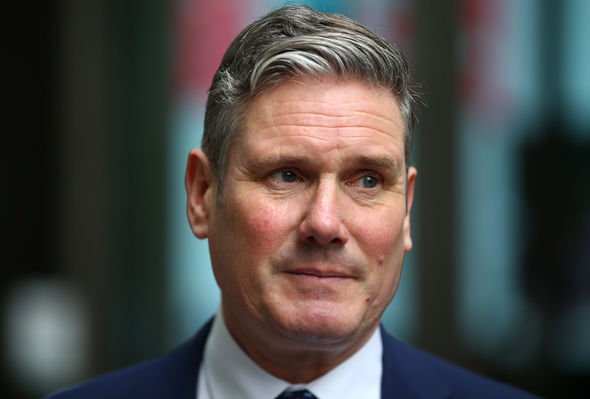 Labour Against Anti-Semitism, an organisation started by party members, said Sir Keir’s move was a “welcome gesture” but criticised the “disgraceful events” that saw the former leader’s suspension from the party ended.

The Campaign Against Anti-Semitism charity told Sir Keir to “get a grip” of the Labour Party, saying that withholding the whip from Mr Corbyn is “offering the Jewish community crumbs”.

Mr Corbyn was suspended three weeks ago after dismissing claims of anti-Semitism during his time in charge as “dramatically overstated”.

It followed a probe by the Equality and Human Rights Commission that found the party was responsible for unlawful acts of harassment and discrimination under his leadership.

He tweeted: “I am astonished at the decision to withdraw the PLP whip from Jeremy Corbyn. This is a vindictive and vengeful action which despoils Party democracy and due process alike and amounts to overruling the unanimous decision of the NEC panel yesterday to readmit him to the Party.

“This action gives rise to double jeopardy in the handling of the case and shows marked bad faith. The unity of the Labour Party around the need to implement the EHRC recommendations in full is being recklessly undermined.

“The continued persecution of Jeremy Corbyn, a politician who inspired millions, by a leadership capitulating to external pressure on Party procedures risks destroying the unity and integrity of the Party. I urge Keir Starmer in the strongest terms to pull back from the brink.”