Home » Politics » Coronavirus: Confusion over furlough scheme in Scotland after minister rows back on extension promise

Nicola Sturgeon has called for clarity over whether the furlough scheme will be extended beyond 2 December in Scotland if needed.

Scotland’s first minister made the call after Communities Secretary Robert Jenrick told Sky News’ Kay Burley it would be a decision for the chancellor to take after the nationwide lockdown in England ends at the beginning of December.

The day before, Prime Minister Boris Johnson said if other parts of the UK needed to go into measures that required the furlough scheme it would be available to them “not just now, but, of course, in the future as well”.

But less than 24 hours later, Mr Jenrick said: “What we’ve said is we’ll continue to say the furlough scheme is UK-wide.

“It was always UK-wide and we want it to continue to be in the future.

“So, if it’s necessary to be unemployed again then that’s for the chancellor to look at.

“But, everybody throughout the UK today can be assured that furlough at 80% will be available until 2 December.”

When asked if the furlough scheme will be extended to Scotland beyond that, he said: “That’s a decision the chancellor will have to make.” 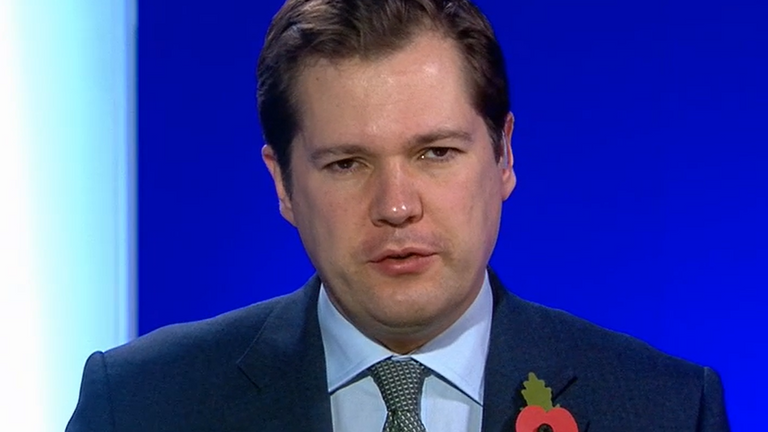 Ian Blackford, leader of the SNP in the House of Commons, said it is only right that businesses and communities in Scotland, Northern Ireland and Wales should have the same support as England.

He told Sky News: “I asked the PM a very straightforward question yesterday whether the Scottish government would have that and his first answer was simply ‘yes’.

“This is not acceptable because governments have got to take public health decisions based on scientific advice, they need to know if they do that that the financial support people need will be there.

“What we’re getting from Jenrick, is it the case that businesses in England will be protected but we’ll have to see whether the same can be extended to other parts of the United Kingdom.

“It really does demonstrate that this is done to suit people in London and the south of England.”

Scotland currently has a five-tier system, with different areas in a tier that reflects the number of COVID-19 cases and the growth rate for that area.

No area is above level three at the moment, with the highest tier, level four being almost a full lockdown, but only if absolutely necessary.