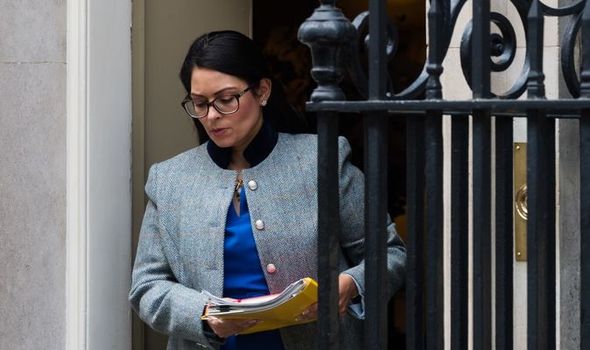 The concessions are the first tentative steps to getting the country back on its feet. But the Home Secretary told the public that anyone who fails to play by the rules will be punished with the “full force of the law”. Talking to the Daily Express, she said: “Police have the powers they need to enforce the rules where necessary – and I fully support them in that. I am proud that officers continue to use their common sense, discretion and experience to protect us all. But where people are openly flouting the rules – for example, large gatherings of friends in the park or having house parties – the police can use their enforcement powers.”

Those flouting the new rules, or using coronavirus as a weapon to threaten police, will see fines start at £100, up from £60.

The new fines can be doubled for each repeat offence, up to £3,200.

There is concern among rank-and-file officers that a rogue section of the public might view today as an opportunity to live as before.

But Ms Patel said: “To send a clear message to the small minority who break the rules, we’ve increased the starting point for fines to £100.

“We are grateful to the overwhelming majority who continue to do the right thing and stick to the rules. But those who don’t and are frequently putting lives at risk will be punished.

“So you should not leave your home to go on holiday, stay in a second home, meet more than one person from another household or visit friends and family. We know that this is tough, but we have to keep this terrible virus under control. Giving up freedoms that we enjoy in this country has not been easy, and I thank you all.”

It is almost two months since the people were asked to stay at home.

The lockdown has placed a huge strain on police, who have had to continue as normal while being rounded on and abused. 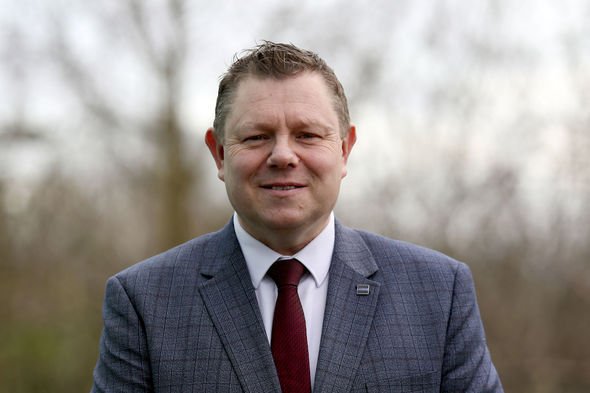 Ms Patel has promised a zero-tolerance crackdown on those who used the virus to threaten officers.

She said: “Our brave police officers and staff have responded admirably to the challenges of the pandemic – continuing to put themselves at risk in order to keep us safe. Some have even had to deal with being coughed and spat at as they do their jobs.

“This is disgusting behaviour and I’m determined that anyone who assaults a police officer in this way will feel the full force of the law.”

John Apter, national chair of the Police Federation of England and Wales, said: “We have never had to deal with anything like this before, yet my colleagues have stepped up to do all they can to protect and support the public. We have engaged with people, reassured them and only used enforcement when absolutely necessary.

“But we have seen some vile and disgusting acts by a minority, weaponising Covid-19 by spitting and coughing at officers. It is therefore absolutely right and proper that the Home Secretary is clear that those who do so should feel the full weight of the law.”

Earlier this month, the Express revealed the first of 20,000 new police officers had started work. The Government anticipated 2,000 joining after the recruitment drive last September. But latest figures show more than 3,000 have sworn an oath of allegiance.

Ms Patel said it showed the Government was on target to meet its flagship manifesto pledge to recruit an additional 20,000 officers by 2023. It brings the total strength of frontline policing in England and Wales to 131,596 after numbers fell by more than 20,000 over the past decade.

The recruits are aged between 22 and 37, and Ms Patel said they had joined at an “unprecedented time for policing”. Three months ago she promised to change the law so those who attacked the police were jailed for longer.

She told the Express that punishments dished out to criminals who targeted officers were not yet severe enough.

Work has also started on a Police Covenant – the first contract between the Government and the police. It is seen as a pledge to heal the historically volatile relationship after years of spending cuts.

Ms Patel said: “This is about correcting the wrong in terms of the lack of support that exists for our amazing police officers.

“I have got no doubt at all that my predecessors cared fundamentally about their health, wellbeing and welfare, but I think something has given, and this is one of those moments where we just have to stop and do this now.”

Britain will inevitably face more lockdowns and coronavirus outbreaks if the Government does not introduce a robust strategy to prevent infections, the Independent Sage group of scientists says.

The committee, set up to rival the official Sage (Scientific Advisory Group for Emergencies), said trying to manage, rather than suppress the virus would risk the “rapid return of localised epidemics”.

In its first report, the group called on health officials to ensure all cases can be tested, and their contacts traced and quarantined.

It is now almost two months since the people of this country began living with restrictions on their freedom.

I know how tough it’s been for people to be separated from their parents and grandparents, their children, their family and friends.

Our brave police officers and staff have responded admirably to the challenges of the pandemic – some have even had to deal with being coughed and spat at as they do their jobs. This is disgusting behaviour and I’m determined that anyone who assaults a police officer in this way will feel the full force of the law.

As the Prime Minister said on Sunday, we are grateful to the overwhelming majority who continue to do the right thing and stick to the rules.

As a result, the Government has today amended the regulations to ease some of the restrictions on our way of life.

But, as we fight this invisible killer, some measures must remain.

We must now continue this extraordinary effort, by supporting our police, staying alert and helping to control the virus. By doing so, we will save lives.