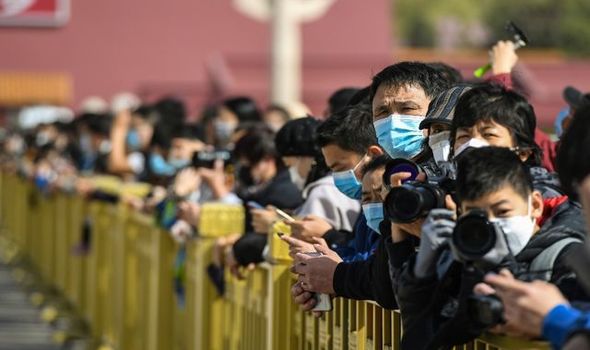 Professor Jonathan Van-Tam said the practice seemed “wired into” some South East Asian cultures but there was no evidence it helped stop the spread of the killer virus.

Some countries where the wearing of face masks is common – such as Japan, South Korea and Singapore – have seen some of the lowest infection and death rates due to Covid-19.

But the Deputy Chief Medical Officer said the best way to halt the march of the disease is social distancing.

Speaking during the daily Downing Street coronavirus briefing he said: “There is no evidence that general wearing of face masks by the public who are well affects the spread of the disease in our society.

“What matters is social distancing.”

He added: “In terms of the hard evidence and what the UK Government recommends, we do not recommend face masks for general wearing by the public.” 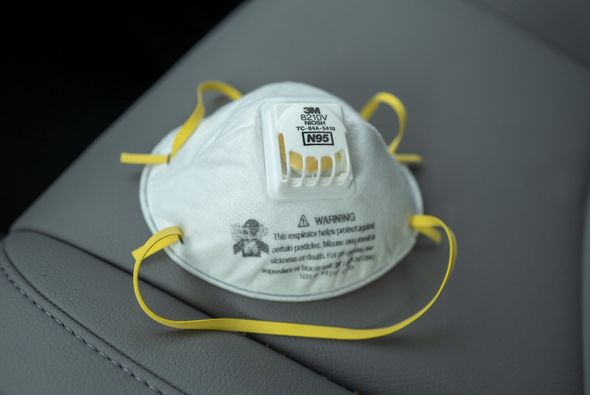 New York has become the latest place to call on its citizens to cover their faces outside.

But some scientists have raised concerns that the masks give people a “false sense of protection”.

Professor Jason Leitch yesterday warned that masks should be worn by healthcare workers and people who have coronavirus.

But he said because Covid-19 was spread by droplets rather than through the air, hand-washing and social distancing were more effective for everyone else.

He said “The global evidence is masks in the general population don’t work.” 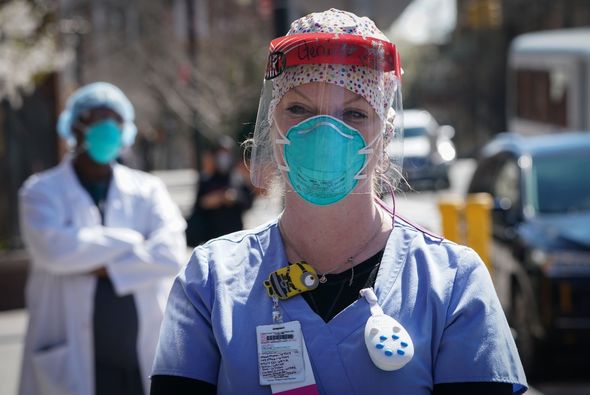 General use of masks became increasingly common in Asia following the Sars outbreak in 2002. Now authorities in China are enforcing their use, particularly in areas of dense population such as Wuhan or Beijing.

They are also compulsory in the Czech Republic and Slovakia.

Previously people the US could go outside bare-faced, but on Thursday New Yorkers were given the instruction to wear masks as it would “help prevent them from spreading Covid-19 to other people”.

Los Angeles has issued similar advice, however the federal government has not yet made recommendations for the entire nation.

Since the start of the coronavirus outbreak, the official advice from the World Health Organization has been clear.

Only two types of people should wear masks: those who are sick and show symptoms, and those who are caring for people who are suspected to have the coronavirus.