Two ministers have been accused of undermining social distancing rules by sitting next to each other for an hour in a meeting.

Lords leader Baroness Natalie Evans and chief whip in the upper house Lord Ashton of Hyde did not appear to be sat even one metre apart while answering questions during a virtual committee session.

They were sat within inches of each other for an hour, as they were quizzed by peers on the constitution committee. 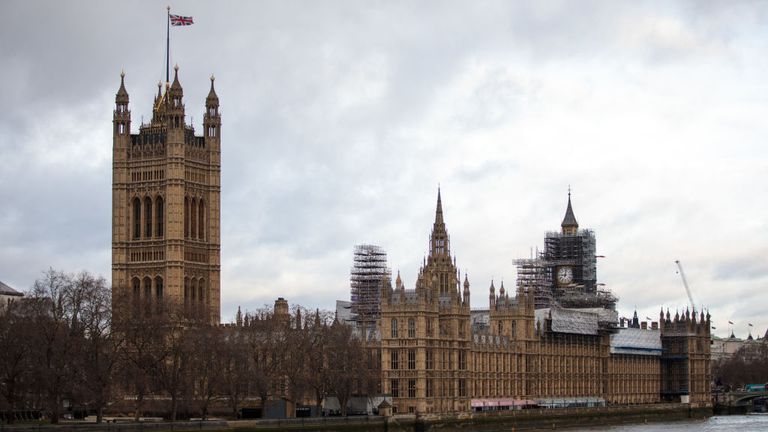 Social distancing rules advise people to stay two metres apart where possible, but it can be lower if protections such as masks or screens are in place.

Neither peer acknowledged they were sat close together, but at one point Lord Ashton said: “We want to come back [to work] – that’s the message we’re sending to people.

“It’s the reverse of what we had before which was ‘stay at home unless you have to come’, now it’s the other way round – we want people to come unless people have to stay at home.”

Wera Hobhouse, a Liberal Democrat MP, said she was “consistently appalled by the refusal of Conservative politicians to abide by social distancing when in parliament” – and has regularly challenged those breaking the rules but has sometimes been “laughed at”.

She told Sky News: “These images of Baroness Evans and Lord Ashton are just one more example of Tory politicians thinking the rules do not apply to them.

“How does Boris Johnson expect his public health messaging to be successful when his own parliamentarians are so open about disregarding it?”

Ms Hobhouse added: “In parliament we should be setting examples. COVID-19 does not discriminate and no one is above social distancing.”

A spokesperson for Baroness Evans did not comment and Lord Ashton’s office did not respond to a request for comment.

It is not the first time a politician has been come under fire for not following social distancing rules.

Health Secretary Matt Hancock walked up to a colleague in the main Commons chamber – straight into a taped area showing where MPs should avoid – and patted him on the shoulder.