A Conservative rebel ringleader is “certain” his group have enough votes to compel the government to give MPs a greater say over coronavirus lockdown restrictions.

Steve Baker, a former Brexit minister, is among a group of around 40 Tory MPs bidding to alter legislation so as to allow the House of Commons to be able to debate and vote on new COVID-19 measures before they come into force. 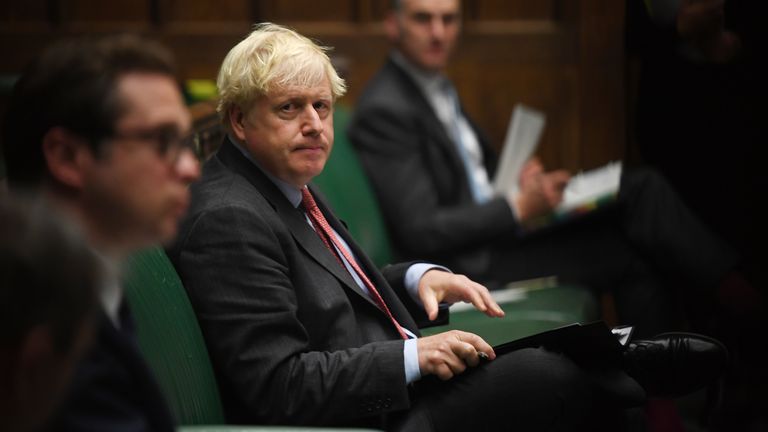 Calling on Prime Minister Boris Johnson to share “the burden of decision on these measures” with MPs, Mr Baker explained the effort is “all about MPs having a vote on the government’s policy before it comes into force and takes away people’s civil liberties”.

He told Sky News’ Sophy Ridge on Sunday show: “We’re in an environment where you really can’t know whether you’re a criminal or not with this much law coming into force and changing so fast.

“And that’s why I have said this is not a fit environment for a free people.”

He continued: “How do people think that liberty dies?

“It dies like this with government exercising draconian powers without parliamentary scrutiny in advance, undermining the rule of law by having a shifting blanket of rules that no one can understand.

“I mean, it’s extremely serious, I don’t think I look like a hysterical person to me, I am saying this is a very serious moment.”

With a growing number of Tory MPs supporting the effort to alter the Coronavirus Act – through an amendment tabled by senior Conservative backbencher Sir Graham Brady, the chair of the 1922 Committee – the government is facing the prospect of a possible Commons defeat on Wednesday.

Senior Labour and DUP MPs are also supporting the amendment.

And the group’s bid was offered a further boost when shadow culture secretary Jo Stevens told Sophy Ridge that her party could officially back the amendment too, if it is selected by Commons’ Speaker Sir Lindsay Hoyle.

“I think the likelihood is that we would back it,” said the Labour MP.

Mr Baker said he was “certain” the group had enough votes to defeat the government, although he encouraged ministers to reach a compromise and not force a vote.

He added: “Really we’d prefer to avoid this coming to a division.

“I’m afraid it’s in the nature of the way parliament works that things happen like this.

“I back Boris Johnson, I want him to succeed, but we do need to share with the government the burden of decision on these measures.

“And not just come in days or weeks later, retrospectively, perhaps voting on measures which have subsequently been amended.”

He offered little hint of the government bowing to the prospective rebels’ demands, although he reissued an offer for MPs to get a vote on the “rule of six” – which has been in force in England since 14 September.

“It’s important in a crisis like this where things are moving very rapidly, that the government has the power to move quickly,” the cabinet minister said.

“But it is then important that MPs hold us to account and vote on that, and that is exactly what’s happening here.

“These are very difficult choices we are making; we have a rapidly expanding virus, we also have huge economic consequences from the decisions that we’re taking and we’re having to take the measures to deal with that.

“It is entirely right that government ministers are properly scrutinised by parliament through this process.”