Households across the UK will be able to form a “Christmas bubble” with two other households during a five-day window over the festive period, it has been announced.

Between 23 to 27 December, people will be able to meet with those other households in their bubble – but only in a private home, a place of worship or outdoors.

A bubble won’t be allowed to meet in pubs, restaurants or bars.

Travel restrictions across the whole of the UK will also be lifted during the five-day period, allowing people to travel across countries or between local coronavirus tiers in order to meet with those in their bubble. 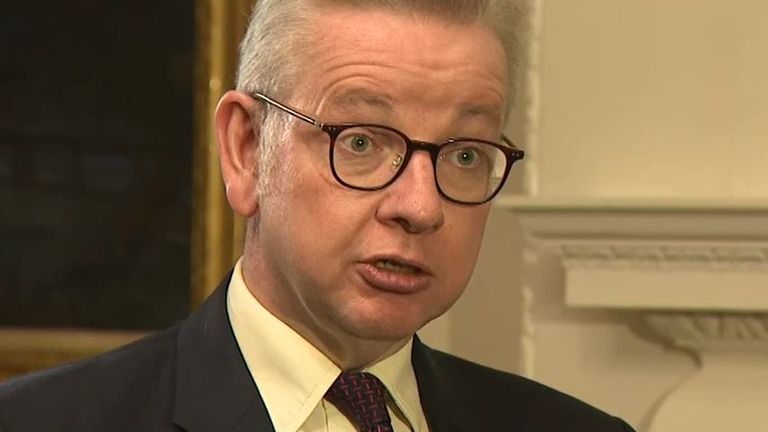 Once a bubble is formed, it cannot be changed, according to the Christmas COVID rules.

The plan was finalised at a meeting of the government’s emergency COBRA committee on Tuesday afternoon, which was attended by the first ministers of the devolved administrations in Scotland, Wales and Northern Ireland.

Cabinet Office minister Michael Gove, who chaired the meeting, said: “For five days, from 23 to 27 December, people will be allowed to have a Christmas bubble.

“That means that three households can get together so families can enjoy something closer to a normal Christmas.

“We all know that Christmas this year won’t be as it has been in years’ past, but all the governments agreed we should balance the need to protect public health with also allowing people to be with their loved ones.”

Scottish First Minister Nicola Sturgeon stressed that “just because this can be done, it is not the case that people feel they should do it, if they don’t have to”.

“We’re asking people to keep well within these limits, because there is a risk to households coming together,” she added.

“And, therefore, if you can feel you can get through this Christmas without seeing other people – or if you can see people for one day and not across five days – then try to limit your interaction.”

Ms Sturgeon also said it was “very clear” that a three-household bubble was “fixed” for the five-day period.