Fights over President Biden’s nominees to lead the Department of Health and Human Services have centered on transgender policies, abortion and contraception coverage. 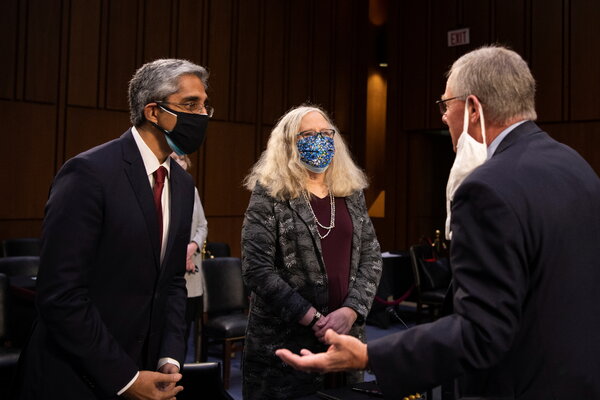 WASHINGTON — Nearly two months into the Biden administration, in the thick of the worst public health crisis in a century, the Department of Health and Human Services remains largely leaderless, with President Biden’s nominees to run the sprawling agency under concerted attack from Republicans over abortion and gender politics.

Twenty-three out of 31 top leadership posts at the department — including secretary of health and human services, the commissioner of the Food and Drug Administration and the assistant secretary for preparedness and response, all critical to fighting the coronavirus pandemic — are held by career officials in acting capacities.

Mr. Biden has yet to nominate an F.D.A. commissioner or a head of preparedness and response, but other vacancies exist in part because Mr. Biden’s top health nominees have been stymied on Capitol Hill, including Xavier Becerra, Mr. Biden’s nominee for health secretary, and Rachel Levine, the nominee for assistant secretary for health, as Republicans target them in an effort to revive the culture wars.

Conservatives and some Catholic leaders have branded Mr. Becerra, the California attorney general, an unqualified “liberal extremist,” citing his support for abortion rights.

And Dr. Levine, the first openly transgender person nominated to a position that requires Senate approval, was the subject of a tirade by Senator Rand Paul, Republican of Kentucky, who likened sex reassignment surgery to “genital mutilation” and demanded to know whether she supports such procedures for minors.

On Wednesday, both Mr. Becerra and Dr. Levine took a step closer toward confirmation. The Senate voted 50-49 to break off debate and move to Mr. Becerra’s confirmation vote, with a key Republican, Senator Susan Collins of Maine, siding with Democrats. At the same time, the Senate Health Committee voted to send Dr. Levine’s nomination to the full Senate, with Ms. Collins and another Republican, Senator Lisa Murkowski of Alaska, voting in favor.