WASHINGTON (Reuters) – After all the rancor of the Democratic presidential race, front-runner Joe Biden has a chance in Sunday’s debate to extend an olive branch to rival Bernie Sanders and his fervent liberal supporters in a bid for party unity before the general election fight. 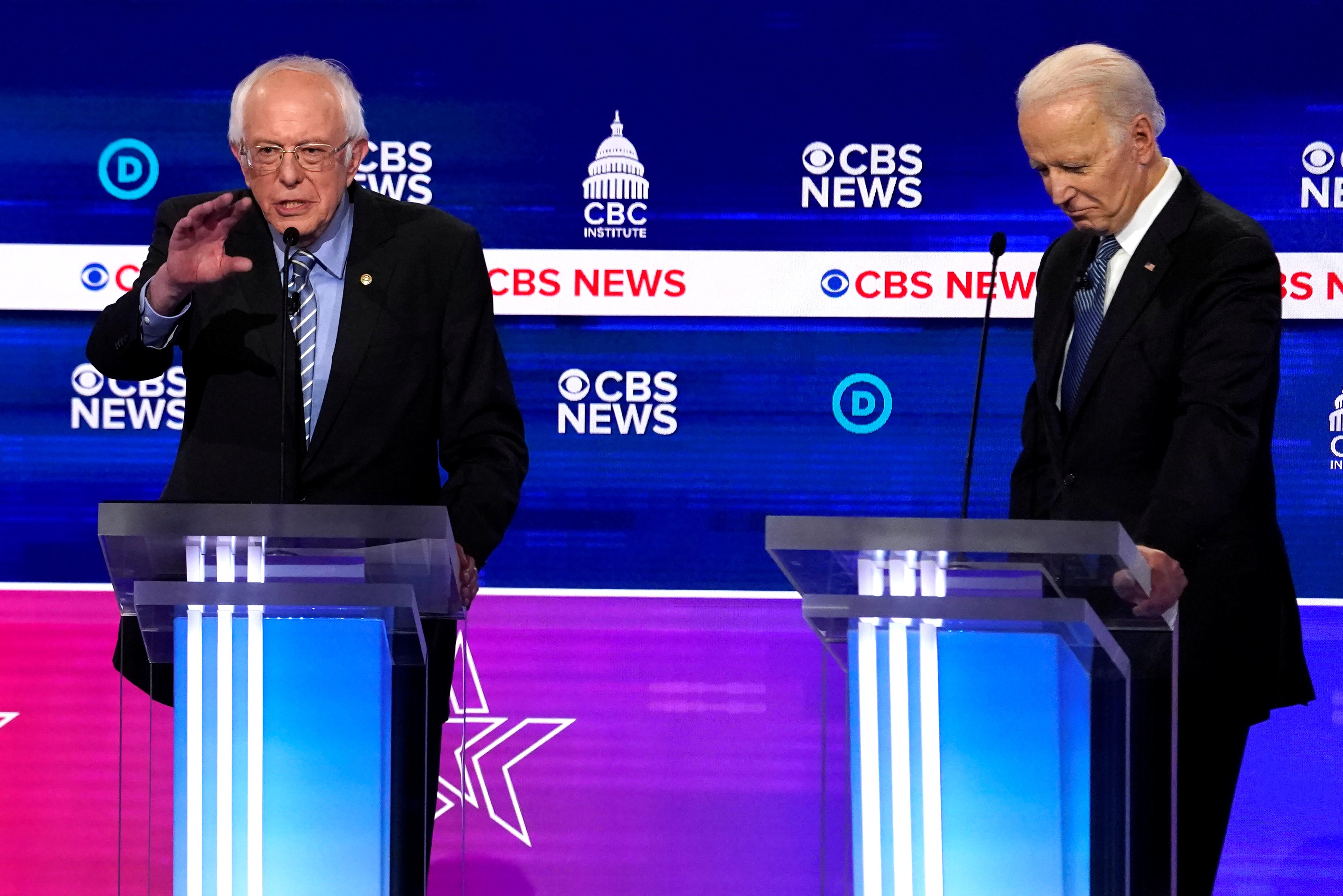 Biden and Sanders will square off in what may be the final debate of the Democratic nominating contest. Biden leads Sanders in delegates after a string of primary victories, and next week’s nominating contests could put the former vice president on a nearly unstoppable path to the nomination.

The centrist Biden may now be in a position to try to find common ground with Sanders, a democratic socialist, a move that could help mend the fissure in the party between moderates and progressives, Democratic Party veterans say.

“Sunday’s debate could be an important step to heal and strengthen the party,” said Hari Sevugan, recently a top aide to former presidential candidate Pete Buttigieg. “A measured, respectful conversation could go a long way.”

The winner of the Democratic primary contest will face Republican President Donald Trump in the Nov. 3 election.

Biden is not prone to conflict with fellow Democrats. The question remains whether the pugnacious Sanders, a U.S. senator from Vermont, would follow suit or keep trying to draw a clear contrast between the two candidates.

Some Democrats say lingering tensions between Sanders and rival Hillary Clinton in 2016 played a role in her upset loss to Trump.

After being routed by Biden in Michigan and other primaries on Tuesday, Sanders seemed to signal he was less interested in attacking Biden personally and more intent on pushing him to address issues such as universal healthcare coverage, college affordability, climate change and poverty.

The coronavirus pandemic will likely add a level of solemnity to the debate, which may also minimize conflict between the two, strategists said. The debate was moved to Washington from Arizona and will have no live audience due to concerns about the outbreak.

For Biden, the challenge may be figuring out how to thread the needle of expressing support for Sanders’ efforts without aligning himself with his policies.

Biden can say that “while they share the same goals, they differ on the prescription,” Sevugan said.

Biden’s team is under pressure from allies of Sanders and Senator Elizabeth Warren, another former presidential candidate, to adopt policies popular with progressives such as a wealth tax, a stepped-up estate tax and an equal-pay plan, according to several strategists familiar with the conversations.

A wealth tax “one, is supported by both Senators Sanders and Warren and two, speaks to the fundamentals of who the Democratic Party should be making clear they fight for,” said a Democratic strategist who was close to Warren’s campaign.

A similar dynamic played out between Sanders and Clinton in the 2016 primary, when Sanders said he would not drop out even after it became clear she would be the nominee.

The progressive wing of the party then successfully pushed for the addition of policies, including a $15-an-hour minimum wage, to the party’s convention platform. Sanders ultimately endorsed her.

Brian Fallon, Clinton’s spokesman in 2016, said that while Sanders’ supporters were unlikely to be “fully transferrable” to Biden, Biden’s team must work to earn the support of as many as possible to avoid the narrow loss Clinton suffered.

“It begins with rhetorically stretching out an open hand,” Fallon said.

Biden has been resistant to Sanders’ Medicare for All plan, which would replace private health insurance, arguing it is too costly and that many Americans prefer to keep their current insurance.

Wendell Potter, a former healthcare executive who now works as an advocate for a government-run plan, said Biden must at least concede “the problems of our healthcare system are more severe than he’s acknowledging.”

Exit polls of Democratic voters from recent primaries showed strong support for Medicare for All.

Earlier this week, Biden praised the passion of Sanders and his supporters and promised to deliver a “bold, progressive vision to the American people.”

But his campaign has yet to indicate it would be inclined to embrace any of Sanders’ signature proposals. Biden’s agenda in its current form would already make him the most progressive Democrat in history if elected, a campaign aide said.

Matt Bennett, a vice president for Third Way, a Democratic think tank that advocates for centrist policies, said Biden could not afford to break leftward after moderates in the party coalesced around him.

“The guy who comes in second doesn’t get concessions,” Bennett said. “The problem with Bernie is that his ideas are so huge, they are sinking his campaign. Biden can’t take those on.”