The House returns to Washington on Monday to try to win passage of a measure needed to protect a $3.5 trillion social policy bill from a filibuster, but fractures in the party are starting to show. 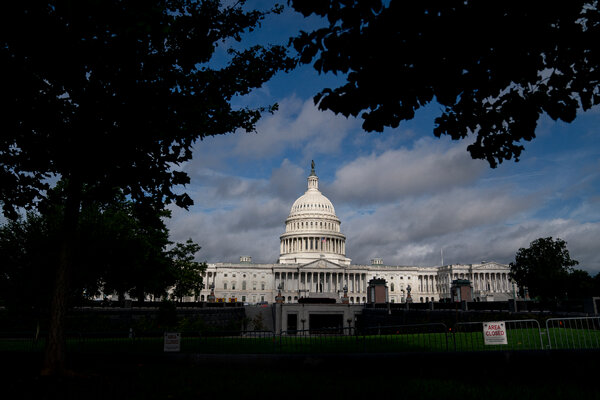 WASHINGTON — House Democrats will end their summer break on Monday, amid finger-pointing and rising tensions, to try to pave the legislative way for the most ambitious expansion of the nation’s social safety net in a half century.

But the divisions emerging over an arcane budget measure needed to shield a $3.5 trillion social policy bill from a filibuster are exposing deep strains in the Democratic Party over ideology, generational divides and the fruits of power and incumbency.

The stalemate by now is well known: Nine moderate or conservative Democrats have rebelled against their party’s leaders and say they will block consideration of the budget blueprint necessary to allow the social policy measure championed by the party’s left flank to pass this fall with only Democratic backing unless the House immediately votes on the Senate-passed bipartisan infrastructure bill. A broader coalition of 19 Blue Dog Democrats also want the infrastructure vote to come as soon as possible.

The clamor for a quick victory on infrastructure, both for congressional Democrats and President Biden, has only grown louder amid the anguish over Afghanistan. Democratic leaders hope to pass a rule on Monday night for debating the budget measure, the infrastructure bill and an unrelated voting rights bill, with final votes scheduled for Tuesday.

“Our country desperately needs this direct reinvestment in our crumbling infrastructure. We also desperately need to prove our dysfunctional government can actually work,” said Representative Ed Case of Hawaii, and one of the nine Democrats at odds with their party’s leaders.

But Speaker Nancy Pelosi of California and dozens of progressive Democrats are equally adamant that the infrastructure vote will happen only after the Senate approves an ambitious bill that includes universal preschool, two years of free community college, paid family leave, federal support for child care and elder care, an expansion of Medicare, and a broad effort to convert the fossil fuel economy to one based on renewable, clean energy.

The left-right divide, however, oversimplifies the swirling undercurrents that are roiling the Democratic Party.

Some of the same Democrats confronting their leaders on the budget resolution have allied with them to fight off challenges from the insurgent Democratic left in the coming primary season. Representative Josh Gottheimer of New Jersey, a leader of the recalcitrant nine, founded the Team Blue political action committee with Representatives Hakeem Jeffries of New York, the chairman of the House Democratic Caucus, and Terri A. Sewell of Alabama, to defend incumbent Democrats against primary opponents.

Moderates have also allied with Shield PAC, founded by Democrats ousted in November from Republican-leaning districts, to push back on efforts to tar all Democrats with the slogans of the left. Some have backed a new pro-Israel group, Democratic Majority for Israel, determined to thwart the party’s emerging Palestinian rights movement — and defeat left-wing candidates who they say have crossed an unacceptable political line on the Jewish state.