A member of the public found the soggy heap of 50 pages of classified information in Kent last Tuesday and handed it to the BBC. Among the documents was a report discussing potential Russian reaction to HMS Defender’s voyage through Ukrainian waters on Wednesday. Another sketched out plans for a possible future UK military deployment in Afghanistan.

Ministry of Defence officials said the member of staff had reported the loss of the documents last week. An MoD spokesman said: “We were informed of an incident in which sensitive defence papers were recovered by a member of the public.

“The department takes the security of information extremely seriously and an investigation has been launched.

“The employee concerned reported the loss at the time. It would be inappropriate to comment further.” 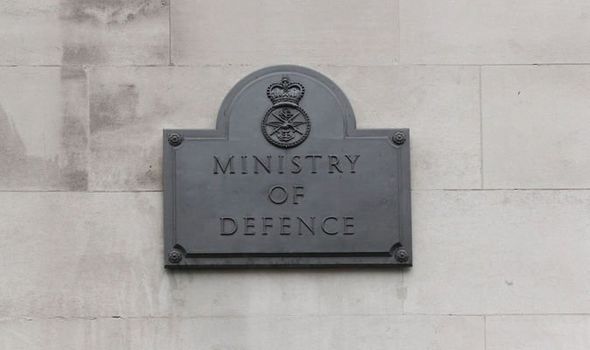 Brandon Lewis, Northern Ireland Secretary and a former security minister, told the BBC1 Andrew Marr show: “I think it is a serious breach. There will be a full investigation by the Ministry of Defence into how this happened and we’ve got to ensure that when things like this happen, whether it’s human error or otherwise, that it can’t happen again.”

He said: “It’s vital the internal inquiry launched by the Secretary of State establishes immediately how highly classified documents were taken out of the Ministry of Defence in the first place and then left in this manner.

“Ultimately ministers must be able to confirm to the public that national security has not been undermined, and that no military or security operations have been affected.”