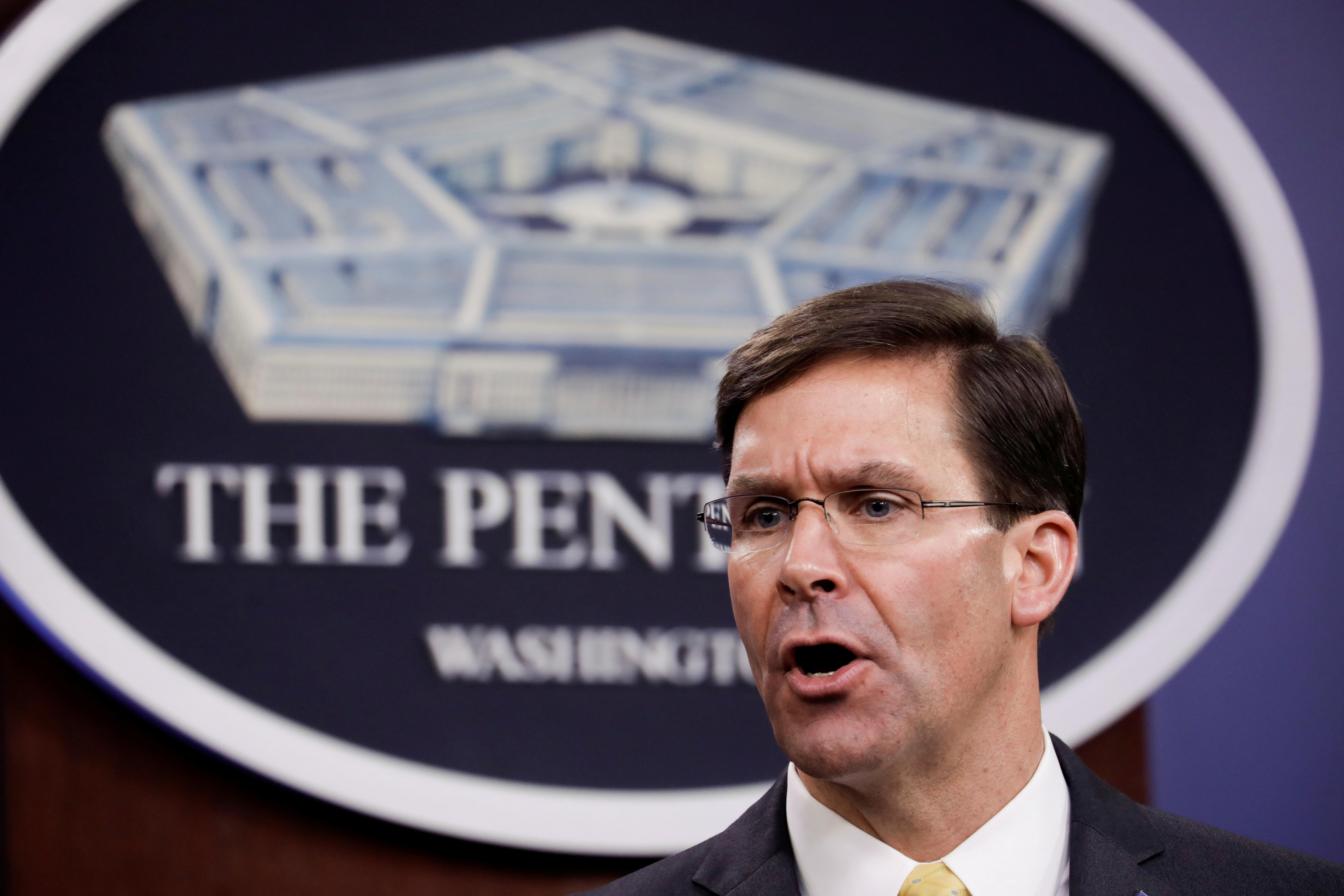 WASHINGTON (Reuters) – U.S. Defense Secretary Mark Esper backed the Navy’s firing of the commander of a coronavirus-striken aircraft carrier, the Pentagon said on Friday, amid a backlash from Democrats in Congress as well as the crew of the vessel, who hailed their captain as a hero.

Captain Brett Crozier was relieved of command of the Theodore Roosevelt on Thursday after a scathing letter was leaked to the public in which he called on the Navy for stronger action to halt the spread of the virus aboard the vessel.

“The secretary of defense supported the secretary of the Navy’s decision to remove him,” Pentagon spokesman Jonathan Hoffman told a news briefing, saying Esper’s decision was based on acting Navy Secretary Thomas Modly’s conclusion that he had lost confidence in Crozier.

Asked if Esper still had confidence in Modly, Hoffman said: “He does.”