(Reuters) – Democratic presidential candidate Joe Biden on Tuesday tapped Senator Kamala Harris as his choice for vice president, making her the first Black woman on a major party presidential ticket in U.S. history and providing him with a partner well suited to go on the attack against Republican President Donald Trump. 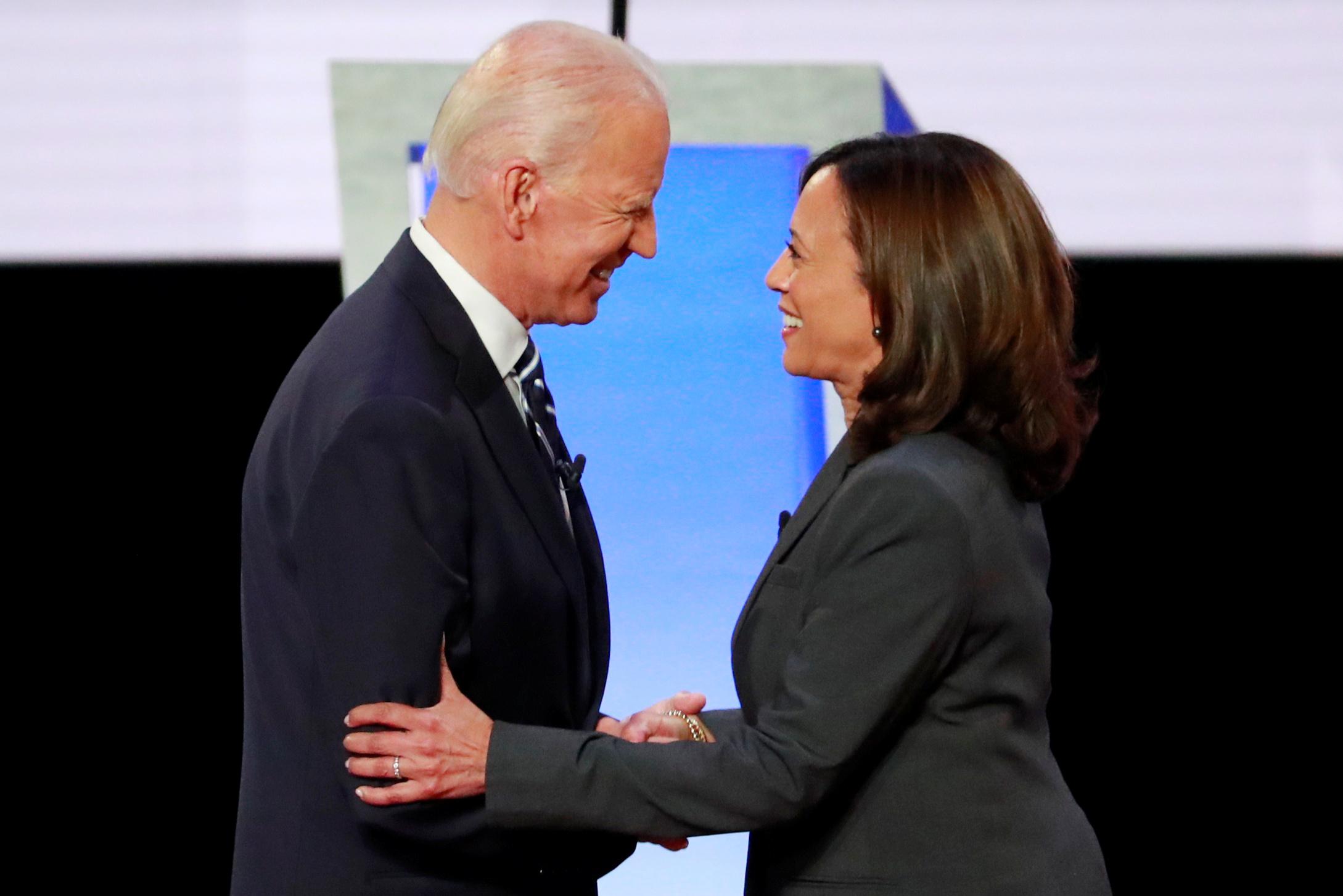 With social unrest over racial injustice rocking the country for months, Biden had been under increasing pressure to select a Black woman as his running mate. She is also the first Asian-American on a major presidential ticket.

Biden and Harris will appear together on Wednesday at an event in his hometown of Wilmington, Delaware, the campaign said.

In Harris, a senator from California who made her own run for the White House, he gains a deeply experienced politician already battle-tested by the rigors of the 2020 presidential campaign as they head into the final stretch of the Nov. 3 election.

“I have the great honor to announce that I’ve picked @KamalaHarris — a fearless fighter for the little guy, and one of the country’s finest public servants — as my running mate,” Biden said on Twitter.

“@JoeBiden can unify the American people because he’s spent his life fighting for us,” Harris wrote on Twitter. “I’m honored to join him as our party’s nominee for Vice President.”

Harris, who became only the second Black U.S. senator in history when elected in 2016, will be relied on to help mobilize African-Americans, the Democratic Party’s most loyal constituency. Four years ago, the first dip in Black voter turnout in 20 years contributed to Democrat Hillary Clinton’s upset loss to Trump.

Biden, whose foundering campaign was rescued by Black voters in South Carolina’s primary in February, needs their strong support against Trump. They will be crucial in battleground states such as Michigan, Pennsylvania and Wisconsin, where Trump narrowly prevailed in 2016, as well as Republican-leaning southern states like Georgia and Florida that polls show have become competitive this year.

Numerous Black leaders, including several politicians who had themselves been under consideration to be Biden’s running mate, emphasized the historic import of Harris’ selection.

“To see a Black woman nominated for the first time reaffirms my faith that in America, there is a place for every person to succeed no matter who they are or where they come from,” said U.S. Representative Val Demings, a Black woman who had been a contender.

Obama, who is perhaps the party’s most popular figure, praised Harris on Twitter: “She’s spent her career defending our Constitution and fighting for folks who need a fair shake. This is a good day for our country. Now let’s go win this thing.”

Republicans made it immediately clear they will seek to portray Harris as a “radical” who embraces far-left priorities.

Within minutes of the announcement, Trump campaign senior adviser Katrina Pierson issued a statement mocking her as the 77-year-old Biden’s “political living will,” and Trump, 74, tweeted a video attacking her as “Phony Kamala.”

“She is proof that Joe Biden is an empty shell being filled with the extreme agenda of the radicals on the left,” Pierson said.

Harris, 55, a former prosecutor and state attorney general in California, is well known for her sometimes aggressive questioning style in the Senate, most notably of Brett Kavanaugh during his 2018 Supreme Court confirmation hearing.

As a presidential candidate, she also took Biden to task in a nationally televised debate over his past stances on mandatory busing for students as a means to desegregate schools. Some Biden advisers have told Reuters the attacks made them question whether she would be a trusted working partner because of her political ambitions.

While that exchange failed to boost her White House hopes, the Biden campaign will now look for her to train her fire on Trump and Vice President Mike Pence. Harris is scheduled to debate Pence on Oct. 7 in Salt Lake City, Utah.

The choice of a running mate has added significance for Biden, who would be the oldest person to become president if he is elected. His age has led to speculation he will serve only one term, making Harris a potential top contender for the nomination in 2024.

Biden publicly committed to choosing a woman as his No. 2 in a March debate after discussing the matter with his wife Jill.

After the protests that erupted over the May 25 killing of George Floyd, a Black man, by a white policeman in Minneapolis, Biden’s search focused predominantly on candidates of color.

Harris will be confirmed as Biden’s running mate at the Democratic convention that begins on Monday, where Biden will also be formally nominated to challenge Trump.

Harris has become a key ally for Biden at a time when race has been thrust to the forefront of the campaign.

After Floyd’s death, she became a prominent voice in the push for racial justice and police reform.

Harris came under criticism from some in the Black community and from progressive advocates for her record as California attorney general where, they say, she did not do enough to investigate police shootings and too often sided with prosecutors in wrongful conviction cases.

Her defenders say she has always been reform-minded – and point to her record in the Senate, where she has championed a police-reform bill and an anti-lynching bill, among other measures. Harris has said she became a prosecutor in order to bring a more progressive approach to the office. 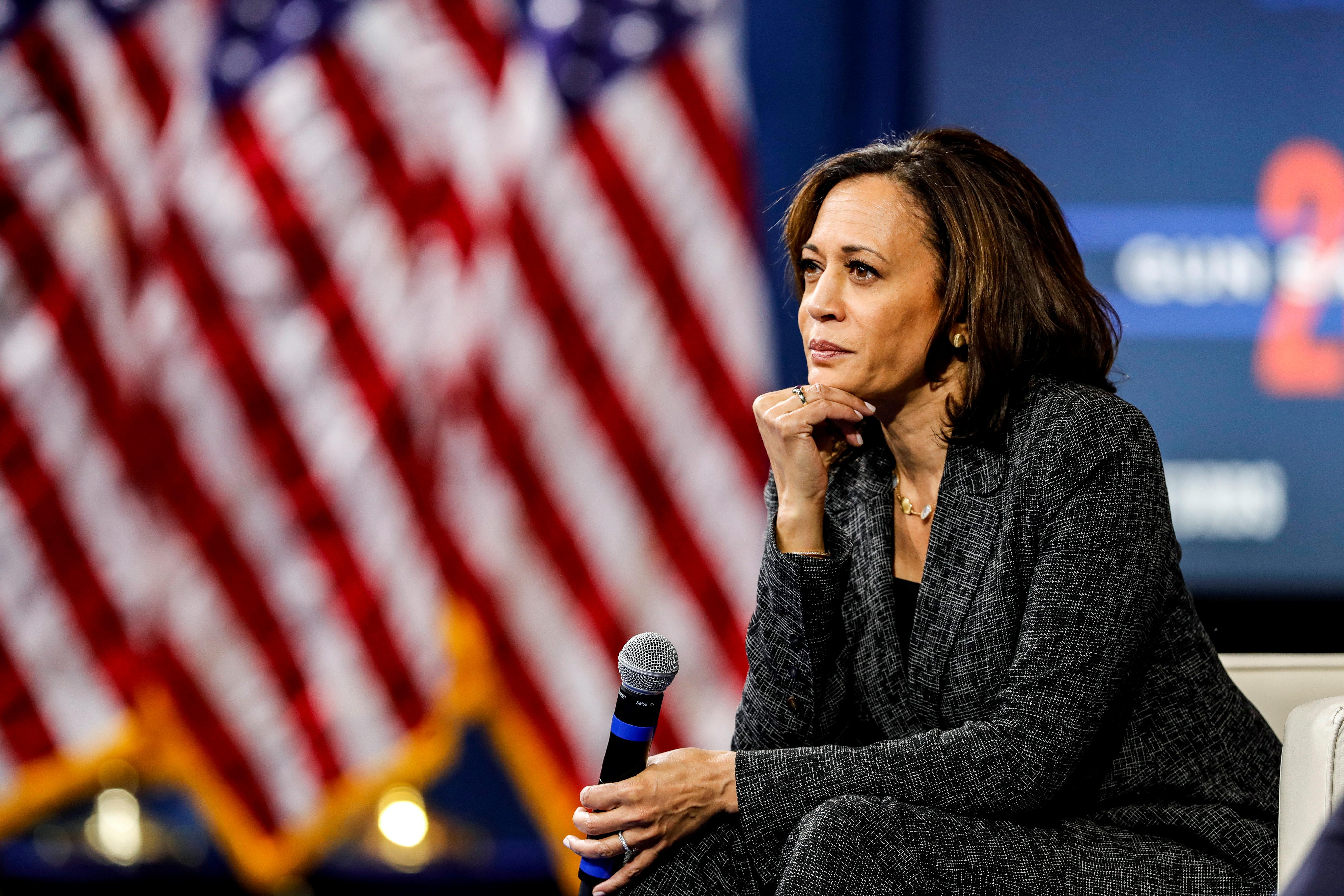 Historically, the vice presidential nominee has been the one to take the lead in criticizing the opposing ticket, although Trump has largely shredded that tradition. Brian Brokaw, a California political consultant who managed Harris’ campaigns for attorney general and Senate, said Harris fits that role well.

“She is someone who can really make Republicans quake in their boots,” Brokaw said.