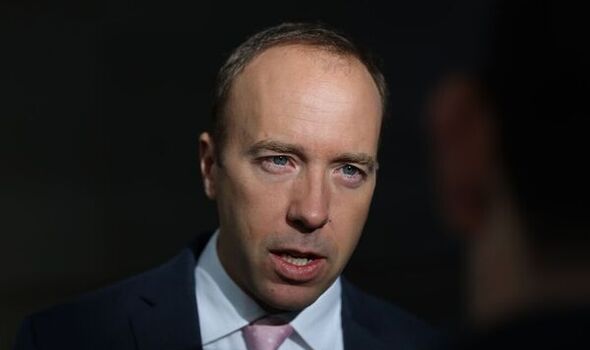 And in his latest instalment married father-of-three Mr Hancock, who quit after his affair with an aide was exposed, took aim at spin chief Mr Cummings whom he said was “itching for me to fail” over a promise to hit a Covid testing target.

He said the Vote Leave guru “rules through fear and intimidation, squashing those who dare to challenge him or get in his way”.

At the height of Covid when Britain was effectively under house arrest Mr Cummings was wheeled out to face the TV cameras to answer questions on his own lockdown law breaking.

The scandal saw him flee to Durham from London, and later claim he had driven to Barnard Castle to test his eyesight.

When Mr Cummings tried to defend himself, Mr Hancock said, he looked like a “sulky teenager who’d been sent outside to do his work for disrupting the class”.

He added: “I found myself feeling strangely sorry for Boris Johnson. Cummings has only one setting – divide and destroy – and now the boss is having to say some pretty stupid things as he machetes his way through the resulting mess.”In a diary entry marked Monday April 20, 2020, Mr Hancock wrote: “Crunch week for hitting my testing target of 100,000 by May 1. There’s an uncomfortable amount of speculation about my career depending on it. Cummings is itching for me to fail.”

He later writes: “We did it, and with a very comfortable margin. 122,347 tests. Let the naysayers put that in their pipe and smoke it! I’d be lying if I didn’t say I enjoyed my moment, given how desperately certain people were willing me to fail.”

In the wake of his affair with aide Gina Colangelo, 45, being made public Mr Hancock told his wife Martha their 15-year marriage was over.

Mr Hancock has recently returned to represent his West Suffolk constituents after appearing on I’m A Celebrity…Get Me Out of Here! where he appeared for a £400,000 fee and an opportunity to “seek forgiveness”.

His diaries are being published on Tuesday.