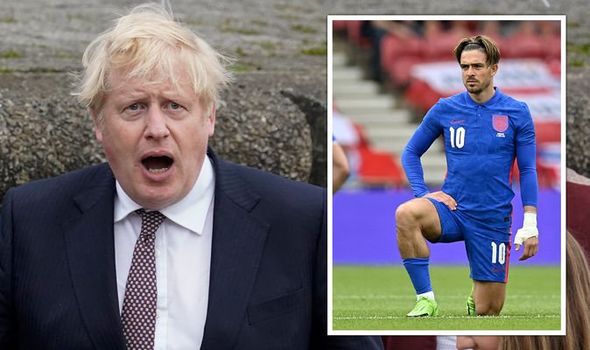 The Prime Minister criticised those who have objected to the England team demonstrating before games.

At two friendlies held in the run-up to the start of the Euros competition, some England fans booed the team for getting down on one knee.

The gesture has become divisive, with some seeing it as a demonstration against racism, while others are critical of the protest’s links to the Black Lives Matter movement.

But amid fears pictures of England fans booing their national team could be seen across the world during the Euros tournament, Mr Johnson has intervened.

“The Prime Minister respects the rights of all people to peacefully protest and make their feelings known about injustices,” his official spokesman said this afternoon.

“The Prime Minister has spoken before about his desire for everybody to get behind the national team and he would like to see everyone cheer them on and not boo.”

Earlier this week No10 officials refused to condemn those criticising the England team.

While saying the football players had the right to protest, his official spokesman said on Monday that the Prime Minister was “more focused on action rather than gestures”.