Mark Drakeford says there is 'legitimate debate' on monarchy

WELSH First Minister Mark Drakeford has made it clear he does not want a grand investiture for the new Prince of Wales. Former Jeremy Corbyn supporter, Mr Drakeford, who courted controversy by refusing to distribute a platinum jubilee book in primary schools earlier this year, has said he has spoken to King Charles III but not yet addressed the issue of introducing Prnce William and Princess Catherine in their new roles as Prince and Princess of Wales.

In the wake of Queen Elizabeth II’s death Mr Drakeford also indicated that there should be question marks over whether the monarchy should even continue.

He said that there is a “legitimate debate” to be had on the Monarchy.

The debate over Prince William’s investitutre comes as a result of the spectacular event held for his father in 1969.

The Queen arranged for him to be made Prince of Wales at the historic Caernarfon Castle in a live televised investiture full of heraldry and tradition.

But in a snub to the new heir to the throne, Mr Drakeford, who is believed to have republican sympathies, appears to be pushing against an event which would potentially make Wales the focus of the world. 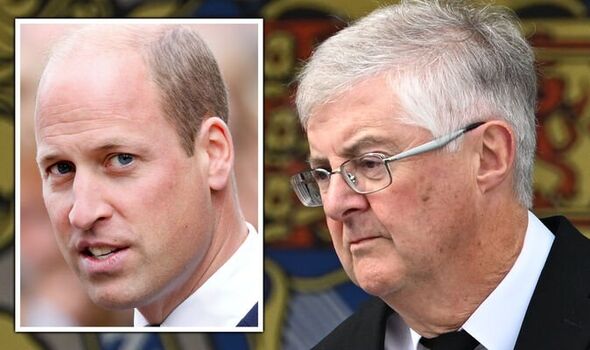 Speaking to Radio 4 Today, this morning he also suggested that Prince William and Princess Catherine should start to learn Welsh.

He said: “The Welsh language is a very important part of Wales spoken by thousands of people everyday as part of their everyday lives.

“It is not necessarily the easiest language to acquire later on. If you are brought up with it you know its patterns but it is harder to get to grips with it later on.

“I am quite sure that the incoming Prince of Wales would want to recognise the importance of the Welsh language and the part it plays in shaping the identity of a contemporary Wales.”

He added: “I don’t think anybody would expect somebody to have a suddenly acquired fluency in the Welsh language but an interest in the language and a willingness to use the language, all of that would be understood and appreciated. Nobody will expect miracles.”

When he announced that Prince William was the new Prince of Wales in his first address to the nation, King Charles III, who learnt Welsh, did so in English and Welsh.