Prime Minister Mark Rutte snubbed a plea from Oxford University for £8.5million to boost production of the AstraZeneca. When the request was made at the start of the pandemic last year, British taxpayers had already invested more than £21million in the Halix plant in the Netherlands.

In a letter to the Hague, Oxford experts warned: “There will likely be enormous demand for vaccines if they pass the tests successfully.

“Most likely the quantities of available vaccines will be limited for several months. To avoid major delays production capacity must now be increased.”

Sources say the EU would have received millions more doses of the jab if the Dutch government had acted. Britain agreed to invest millions of pounds after experts identified Halix as a potential factory to produce the vaccine. 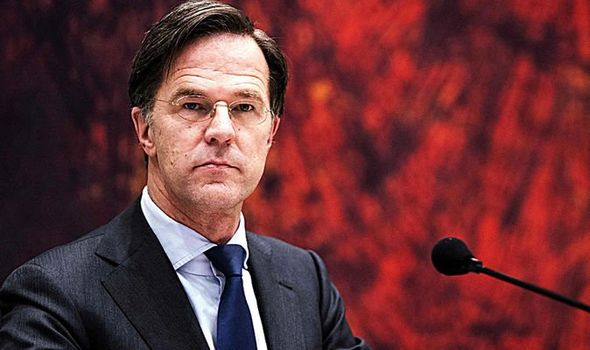 Wrangling over the Halix supplies is expected to continue next week.

It is understood the talks have hit a sticky patch because of the EU’s refusal to recognise Britain’s investment in vaccine production on the Continent.