During a European Parliament hearing, Josep Borrell’s trip to Russia was branded a “mistake” and the top diplomat was accused of giving the rogue state the upper hand in its row with the bloc. Despite the criticism, the Spanish politician insisted his mission was a success and floated a proposal for sanctions against Russia after Moscow rejected reopening dialogue. His announcement comes after a number of eastern European countries called for punitive measures against Russia over the jailing of top opposition leader Alexei Navalny.

But Mr Borrell, who has faced calls to resign, was told his trip to Moscow was a failure by senior members of the EU Parliament.

Dacian Ciolos, leader of the Renew Europe bloc of liberals, told MEPs: “Of course we want to keep diplomatic channels open and I won’t deny that.

“But an official visit to Russia given the backdrop, given the tensions, takes on a symbolic value. We believe this visit has sent out the wrong diplomatic message.

“Consistency with a strong message that the European Union is sending out towards Russia is important for democracy, both in Russia and the whole of the Eastern Partnership. 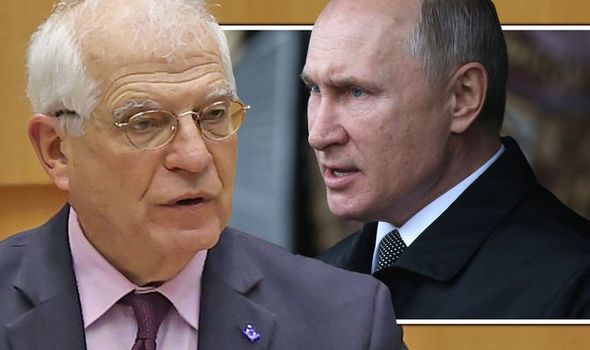 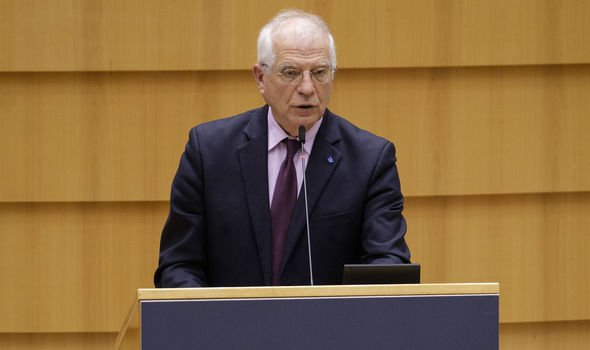 “You fell into a media trap in Moscow, one created by the Putin regime.”

He added: “Sadly I think we all have to learn a lesson from what happened.”

Mr Borrell was the first EU envoy to visit Russia since 2017. 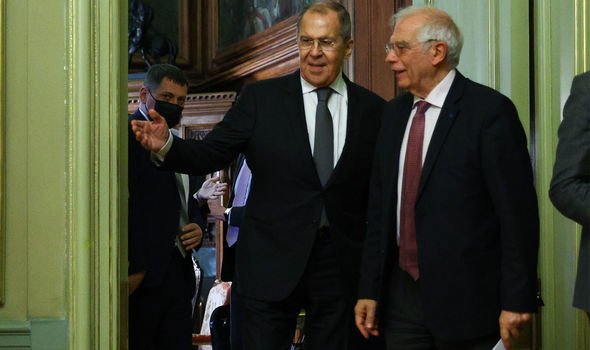 More than 70 MEPs signed a letter calling for his head over the “humiliating trip”.

But the Spaniard insisted it was the right move to open diplomatic channels with Moscow.

He told MEPs: “I had no illusion before the visit, I am even more worried after.

“One thing became clear, there is no intention on the Russian side to engage in a constructive discussion if we address human rights and political freedom.” 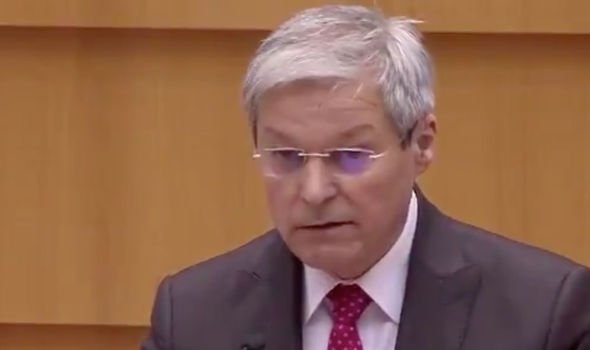 EU27 foreign ministers are set to meet on February 22 to discuss possible new measures against Russia.

Mr Borrell is expected to debrief them on proposals drawn up by his team to tackle the rogue state.

“It will be for the member states to decide the next step, but yes this could include sanctions and I will put forward concrete proposals,” he told the EU Parliament.

During Mr Borrell’s visit to Moscow, the Kremlin expelled three European diplomats that it claimed had attended a pro-Navalny demonstration.

The opposition leader has accused President Vladimir Putin of poisoning him with a nerve agent last October.

Brussels slapped six Russian officials with visa bans and asset freezes in response to the attack.

Mr Navalny was recently sentenced to three years in prison after returning to Russia following medical treatment in Germany.