The Irish foreign minister was visibly furious during his tense interview with the BBC’s Andrew Marr this morning. Simon Coveney erupted in anger at several points during the exchange, amid growing EU frustration towards Boris Johnson’s Brexit plan. At one point, Marr tried to interrupt Mr Coveney, prompting the Irish politician to fire back: “Let me finish!”

The fiery interview comes after the British Government put forward a bill that will rewrite elements of the Northern Ireland protocol included in the Withdrawal Agreement signed by both the UK and the EU last year.

Mr Coveney said the UK government’s actions had created “enormous tension” in the negotiations in the “very little time left to get a deal”.

The Minister for Foreign Affairs said “trust has been damaged and eroded” between the two sides and blamed the “hugely irresponsible” actions of the British Government.

He also accused No10 of whipping up “inflammatory language” after Boris Johnson’s claimed that the EU had threatened to block goods entering Northern Ireland from Britain. 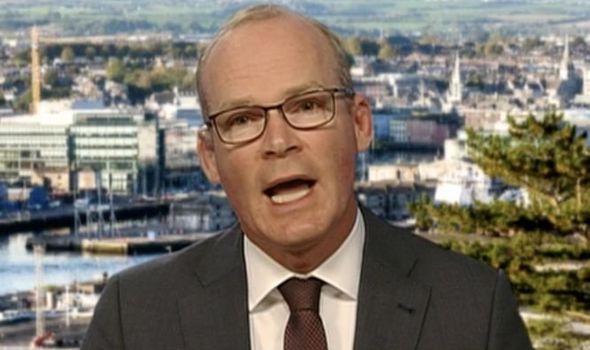 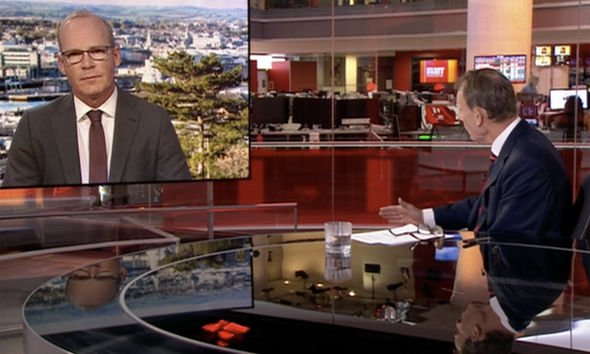 Mr Coveney denied this claim, saying it was entirely “spin and not the truth”.

He added: “I think this is backfiring and we’ll see what happens in the British Parliament this week in terms of debating this approach.”

Marr pointed out that Ireland has a lot to lose from giving up on Brexit trade talks, explaining: “You are saying that trust has broken down, but isn’t it true that Ireland and the EU need these talks to succeed?

“A no deal would be catastrophic for Ireland. One study showed 50,000 jobs would be lost from your economy very quickly. Don’t both sides need to get on and come to an agreement?” 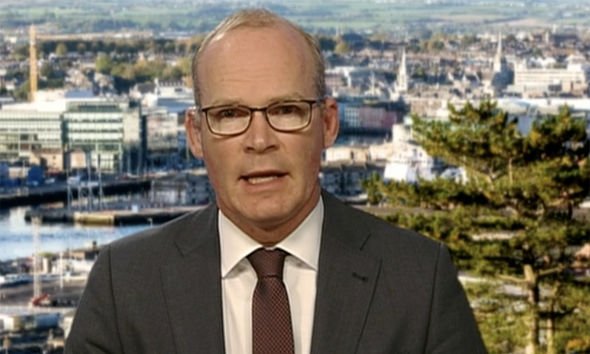 The Irish foreign minister responded: “We all need this negotiation to succeed. Britain does, Ireland does, and to a lesser extent the EU does too.

“Britain and Ireland will be the two countries that suffer the most from a no deal.

“We can do a deal that prevents tariffs and quotas being imposed on trade between the UK and the EU and the UK and Ireland in the future.” 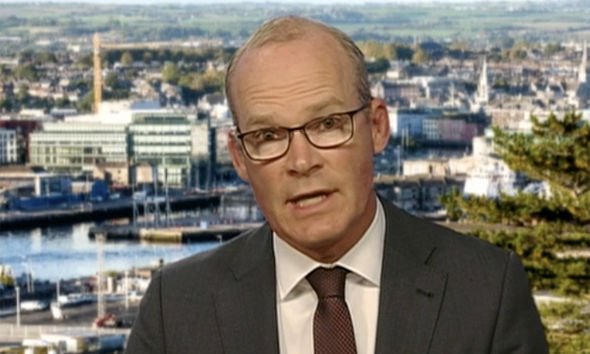 Iain Martin, columnist for The Times, tweeted after the interview: “Coveney performing very poorly under pressure from Andrew Marr.”

The SNP’s Pete Wishart responded to this, tweeting: “Hahaha! He’s calmly outlining the difficulties in negotiating with a rogue state.”

Mr Coveney confirmed that he has not yet spoken to any cabinet minister,  but said he hopes to speak to Michael Gove in the coming days.

Prime Minister Johnson has warned that an agreement on trade must be done by 15 October, or he will “move on and walk away”.