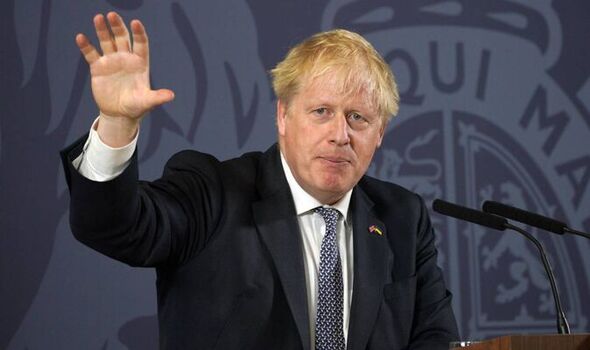 The government is due to publish legislation that will allow ministers to override parts of the Northern Ireland Protocol.

Ministers insist the changes are lawful and will “fix the problems” with the way the post-Brexit trade deal for the Irish border was being implemented.

Northern Ireland Secretary Brandon Lewis said: “What we’re going to do is lawful and is correct.”

The protocol keeps Northern Ireland inside the EU’s single market for goods.

It prevents a hard border with the Republic of Ireland but means checks on some goods arriving from other parts of the UK.

Critics of the move, including the Irish government, have said any unilateral action could breach international law.

But Mr Lewis said that when people see the legislation “they’ll see it’s focused on fixing the problems with the implementation of the protocol”.

“Doing so is not only within international law but works for people across the United Kingdom and respects the EU single market,” he told the BBC.

He said businesses did not want to see “uncertainty and instability” and some industries, including hospitality, had been “consistently clear that parts of the protocol are causing issues”.

He added: “When people see what we’re proposing tomorrow, it is sensible solutions to the very issues that have been detrimental to businesses.”

Mr Lewis indicated that ministers would release only a precis of the advice setting out the bill’s legality.

Asked whether the full advice would be published, he told Sky News’s Sophy Ridge on Sunday show that the government would be “outlining our legal position”.

The bill will unilaterally override elements of the post-Brexit protocol with the EU to try to make trade easier between Northern Ireland and the rest of the UK, something Brussels has warned could spark retaliation.

The Eurosceptic right of the Tory party have put ministers under pressure to take tough action, with MPs having held meetings with the foreign secretary, Liz Truss.

Mr Lewis argued the bill was intended only to safeguard the 1998 Good Friday agreement, which brought peace to Northern Ireland: “What we’re looking to do is to fix the problems we’ve seen with the protocol,” he said.

“It’s about how the protocol has been implemented, the lack of flexibility we’ve seen from the EU over the last year and a half.”

When traders move goods from GB to NI, goods staying in Northern Ireland would go in the green channel and goods moving on to the Republic go in the red one.

For goods in the Green Channel, EU checks and rules will effectively be suspended and firms will not even have to fill out customs declarations.

Instead there will be data-sharing with the EU via a Trusted Trader Scheme to assure Brussels the rules are being followed, with robust penalties for smugglers.

This will mean submitting the standard ‘manifest’ for their consignment of goods to HMRC, which can then share the information with the EU.

Businesses will be able to choose whether they follow UK, or EU rules, for labelling goods sold in NI.

Supporters say the Green Channel will stop supermarket lorries having to carry dozens of different certificates for their products in each load, with some signed off by vets.

But Labour’s Rachel Reeves, the shadow chancellor, told the Ridge show she was concerned the plan would contravene international law.

“We haven’t seen the legislation yet, but it does look like the government plan to break international law,” she said. “This government seems to be developing a record for law-breaking, and it’s not one that the Labour party can support.

“We helped bring in the Good Friday agreement. We are deeply, passionately committed to it.”

Sinn Fein leader, Mary Lou McDonald, said the plan went against the wishes of people in Northern Ireland and would do “huge, huge damage” to its economy.

The EU has vowed to respond if the UK suspends parts of the Northern Ireland Protocol.

There are fears it will mean slapping tariffs on some exports from the UK to the EU. These exports are currently tariff-free under the separate Brexit trade deal.