The Brexit Party leader was reacting to a statement issued by Ms von der Leyen in which she assessed the prospects of a trade deal between the UK and the EU, with two weeks left before the end of the transition period. Mr Farage commented: “Following yet another phone call between Boris Johnson and Ursula von der Leyen, she repeats both sides are working on a “Partnership Agreement”. “We voted to leave, we didn’t vote for a new EU treaty @BorisJohnson.” 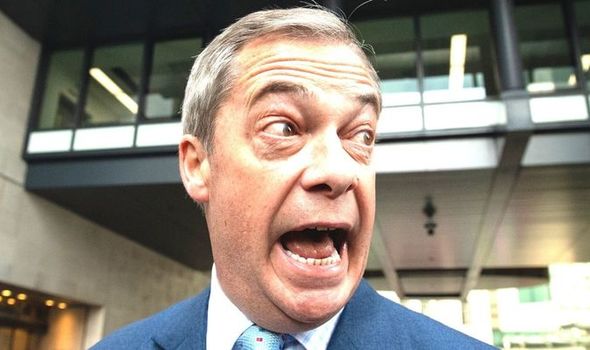 In her statement, Mrs von der Leyen said: “This evening I took stock with UK Prime Minister Boris Johnson of the on-going negotiations for a comprehensive Partnership Agreement between the European Union and the United Kingdom.

“We welcomed substantial progress on many issues. However, big differences remain to be bridged, in particular on fisheries. Bridging them will be very challenging.