Fauci clashed with Representative Jim Jordan at a hearing of the U.S. House of Representatives Subcommittee on the Coronavirus, after the Ohio Republican demanded Fauci’s opinion about whether protests should be curbed or eliminated to control the pandemic.

“Should we limit the protesting?” Jordan asked. When Fauci said he was not in a position to make such a recommendation, the lawmaker retorted: “You make all kinds of recommendations. You make comments on dating, on baseball and everything you could imagine.”

“I’m not favoring anybody over anybody,” Fauci replied. “I’m not going to opine on limiting anything … I’m telling you what is the danger, and you can make your own conclusion about that. You should stay away from crowds, no matter where the crowds are.”

Fauci’s testimony comes at the end of a month in which U.S. coronavirus deaths rose by almost 25,000 and cases doubled in at least 18 states, according to a Reuters tally, dealing a crushing blow to hopes of quickly reopening the economy.

The United States has recorded nearly 1.8 million new COVID-19 cases in July out of its total 4.5 million known infections, an increase of 66% with many states yet to report on Friday. Deaths in July rose at least 19% to a total of more than 152,000.

Fauci, who made headlines in March by describing U.S. testing efforts as a failing, repeatedly handed off questions about the current state of testing from Democrats critical of Trump to get him to characterize the current situation to witnesses more directly involved with that effort.

Trump, who appeared to be watching the proceedings, weighed against his Democratic critics on Twitter: “Our massive testing capability, rather than being praised, is used by the Lamestream Media and their partner, the Do Nothing Radical Left Democrats, as a point of scorn. This testing, and what we have so quickly done, is used as a Fake News weapon. Sad!”

At the start of the hearing, congressional Republicans and Democrats clashed about whether the Trump administration had a national strategy to respond to the coronavirus pandemic.

“The administration’s approach of deferring to states, sidelining experts and rushing to reopen has prolonged this virus and led to thousands of preventable deaths,” said panel Chairman James Clyburn, who denounced Trump’s coronavirus response as “among the worst of any country in the world.” 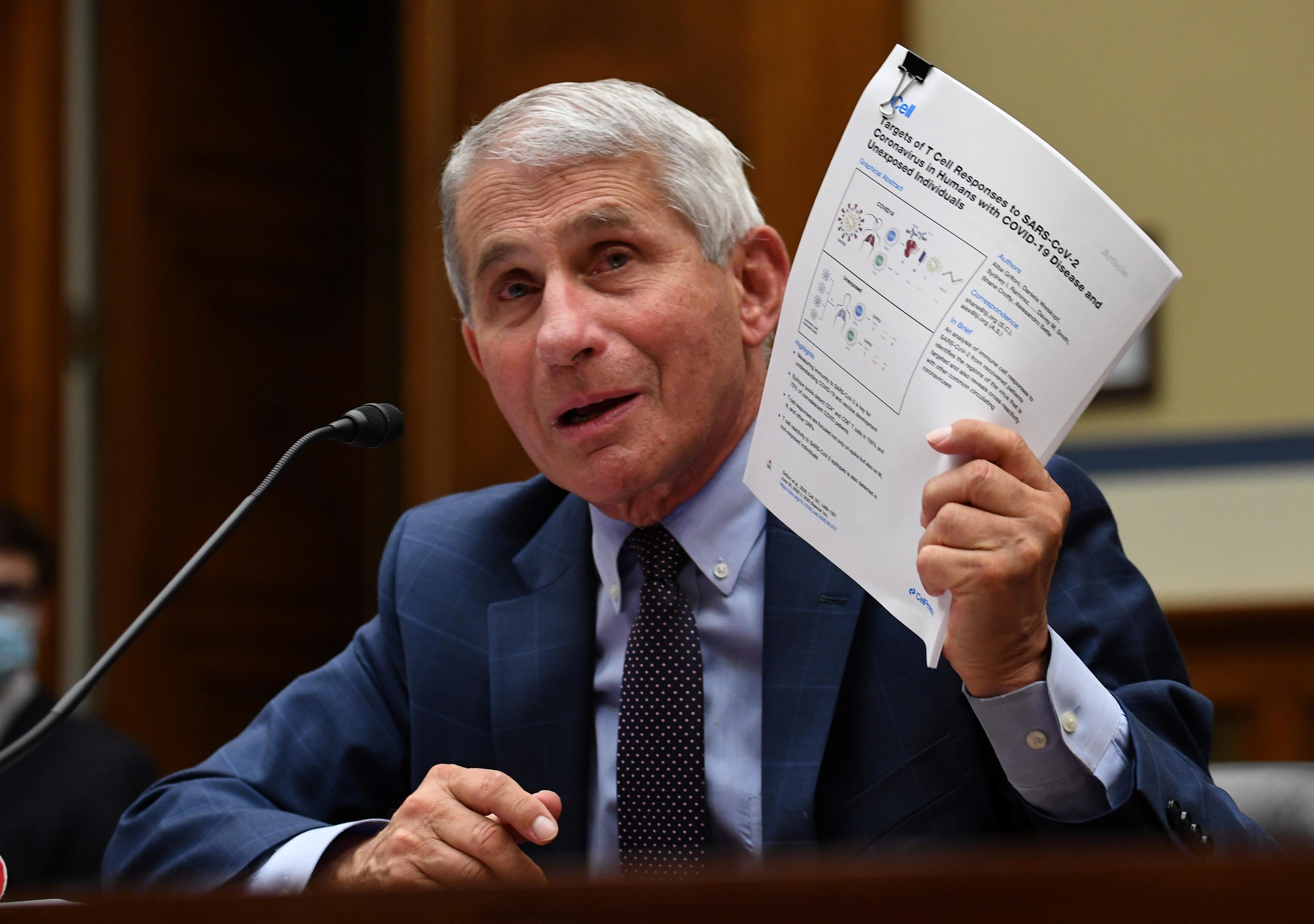 “You wouldn’t even be here today if there wasn’t a plan,” he told the witness panel, which also included U.S. Centers for Disease Control and Prevention Director Dr. Robert Redfield and Admiral Brett Giroir, assistant secretary at the Department of Health and Human Services.

A veteran of six Republican and Democratic administrations, Fauci has become the most familiar face of the administration’s coronavirus task force but a target of many conservatives who want to see the economies fully reopened.