Head of the Jersey Fishing Association Don Thompson spoke with Good Morning Britain as French ships arrived in Jersey early Thursday morning to protest against new licences which limit their operations following Brexit. But Mr Thompson theorised the demonstration was orchestrated by the French government who he says has deliberately withheld information that would be key to award French fishing licences. He adds the neighbouring country is preparing for elections and could be a political ploy.

Around 80 turned up throughout the morning to protest against the new fishing rules which limits their operations in Jersey waters.

The new rules mean French fishers require licences from the Jersey government which are awarded to those who can prove they have operated in their waters within the past few years.

But French fishers say they were not consulted on the new rules and blast the “red tape” which prevents them from working in Jersey waters.

The fishermen pushed for the French government to cut off the island’s electricity in protest as over 90 percent comes from France.

The French Maritime Minister said she would consider “retaliatory measures” to tackle the issues. 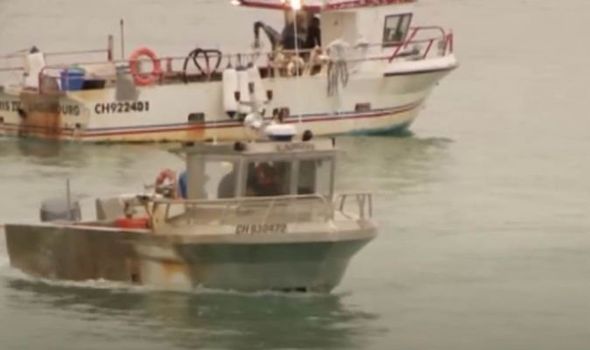