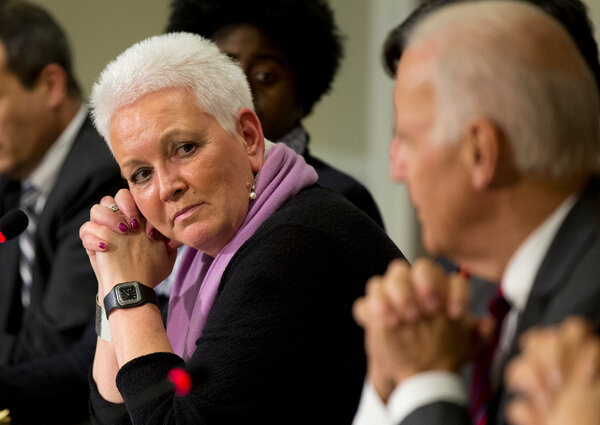 An ardent advocate of protecting some of the world’s poorest countries from Covid-19 has been selected to lead the Biden administration’s vaccine diplomacy in an effort to corral wealthier nations into distributing the vaccine more evenly around the globe.

Gayle Smith, a former U.S. Agency for International Development administrator and chief executive of the ONE Campaign to eradicate preventable disease, will step into the role, a new post at the State Department.

As of Monday, the Biden administration has so far contributed or pledged $4 billion to Covax, the global vaccination drive, largely bound for low- and middle-income countries, Secretary of State Antony J. Blinken was expected to announce in Washington. More than 665 million vaccine doses have been administered worldwide, according to the Our World in Data project at the University of Oxford, and on Sunday, the Centers for the Disease Control and Prevention reported that about 61 million people in the United States have been fully vaccinated.

Ms. Smith helped lead the Obama administration’s response to the Ebola outbreak in 2014 that swept across borders in West Africa, and into the United States, while the World Health Organization was stunted by staffing cuts and other resources shortages. The Trump administration withdrew from the United Nations’ health agency last year for refusing to blame China for failing to stop Covid-19 where it originated, but the United States has recommitted to working with the W.H.O. under President Biden.

A senior administration official on Monday said the U.N. agency has since fostered a stronger collaboration of scientists and health experts to better track diseases. Ms. Smith will be focused largely on trying to coordinate the international response, the official said, as the virus mutates and threatens to extend the pandemic.

The official also said the United States would seek to balance between vaccinating Americans and people in poorer nations. Mr. Biden has said he wants to make sure “Americans are taken care of first” but also is watching China, India and Russia outpace the United States in providing vaccines globally, as an instrument of diplomacy.

Just last month, the ONE Campaign urged Mr. Biden to share 5 percent of its doses abroad when 20 percent of Americans have been vaccinated, and increase the doses globally as more people in the United States receive theirs. According to the group, the U.S. government has purchased 453 million excess vaccine doses.

A second administration official said the United States remains the world’s largest donor to global health, and Congress last month approved $11 billion in efforts abroad to fight the pandemic. That was on top of billions of dollars already sent to foreign nations and nongovernmental organizations in the first year of the outbreak.

Both officials spoke on condition of anonymity before Mr. Blinken’s announcement. Other world leaders have begun to step up demands for wealthy nations to share vaccines with poorer countries; on Sunday, Pope Francis called the vaccines “an essential tool” to stop the pandemic. 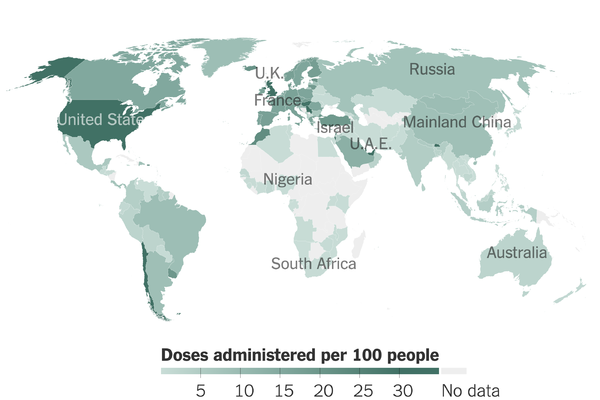 Tracking Coronavirus Vaccinations Around the World

More than 665 million vaccine doses have been administered worldwide, equal to 8.7 doses for every 100 people.