The men were identified under Germany’s privacy laws only as Matthew O, 22, Carl P, 30, and Pjotr O, 51. Along with the three British men, there was also a person from Croatia and another from Serbia. The Britons were reported to be from Hornchurch, in east London. 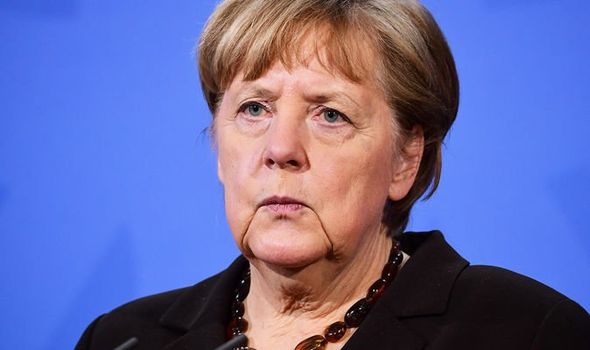 Customs authority officials in Stuttgart inspected the paperwork of five workers who were fitting out a sports shop on behalf of a Slovenian company.

The men were told that they did not have sufficient documentation to justify their stay in the country.

Thomas Seemann, the spokesman for the customs office in Stuttgart, told The Times: “The official accusation against the men is that they were working illegally in the Federal Republic of Germany, as they did not have a place of residence or the correct paperwork.

“Based on this, they had to deposit a ‘financial security’ for the expected penalty.

“The public prosecutor’s office in Stuttgart will determine how high the penalty will be.

“The sum the men had to leave was only a three-digit figure, so not very much really.

“And if the public prosecutor decides that the fine they will face is a very small one, then the men will get something back from the money they deposited.”