Brexit: 'No way' UK can have passporting outside EU says Beaune

The sector was largely ignored in the free trade agreement brokered between the two sides last year. Negotiations are starting up with the hope of a “memorandum of understanding” in place by the end of March.

The Prime Minister’s official spokesman said: “The Treasury has been in contact with the EU on it and the discussions are starting this week at an official level.”

In 2020 the City of London exported more than £25billion of services to the continent, with the Government eager to maintain access to the bloc despite having left the EU.

Financial services are worth almost seven percent of Britain’s GDP and bringing over £130billion to Britain’s economy each year.

Outlining the UK’s aims for the talks, the Prime Minister’s spokesman added: “We want to preserve financial stability, market integrity, and the protection of investors and consumers. 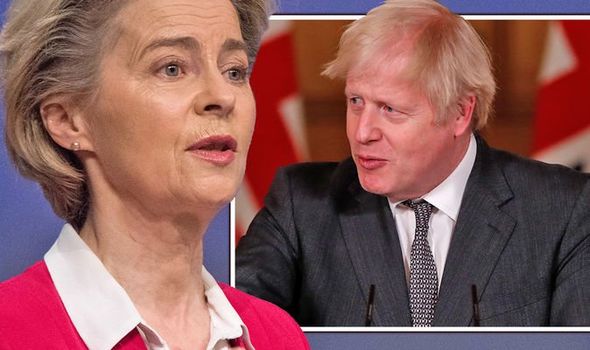 “We did push for a broad agreement on financial services as part of the negotiations and the Treasury will continue that work with the commission beginning this week.

“The joint declaration was clear, we are aiming to agree a memorandum of understanding by March.”