The man tasked with winning the next election for Liz Truss and the Conservatives has issued a fierce eve of conference defence of her character after she came under siege for her tax cuts. Speaking exclusively to Express.co.uk, party chairman Jake Berry has dismissed a run of bad polls which have seen the Tories facing wipeout at the next election.

Mr Berry, who gave his first interview as chairman to the Daily Express, said: “Polls go up, polls go down. Let’s wait and see.

“We haven’t had long enough yet to see the effect. Never in my life time have we had a situation where we have had a new Prime Minister with a new government and then quite correctly a period in which politics is paused.

“I think Britain has got a fresh start with a new Prime Minister.

“We have a new Prime Minister and a new King and I think that gives our nation a real opportunity to start afresh.”

He went on: “I think we need a fresh start. After the last few years of Brexit, covid, go back a bit Scottish referendum, it really felt to me we needed a moment to step back and have a fresh start for Britain.

“It is almost like we turned a new page.

“We closed very sadly the chapter on the Elizabethan era and opened a new one on the Carolinian one. 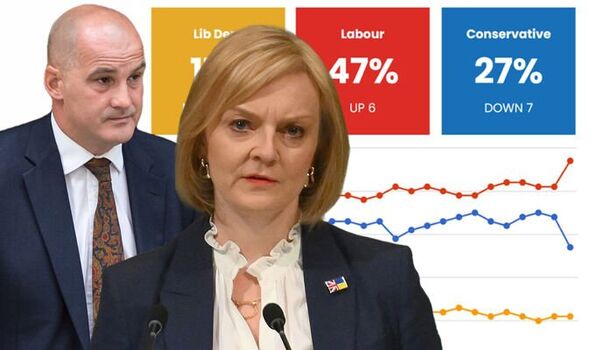 His comments come after the Techne UK tracker poll for Express.co.uk gave Labour a 20 point lead over the Conservatives – 47 percent to 27 percent.

Meanwhile, Yougov put Labour 33 points ahead on 54 percent to 21 percent.

It would mean that the Tories are facing a catastrophic election result if repeated when people go to the polls worse than the 179 majority Sir Tony Blair won for Labour in 1997.

The Techne poll also showed that 55 percent think Ms Truss does not represent working people and 56 percent thought she has cut taxes too much.

The poll results follow a dramatic fall in the pound and FTSE 100 in the wake of the mini Budget with £105 billion of tax cuts and a £150 billion scheme to cap energy bills. 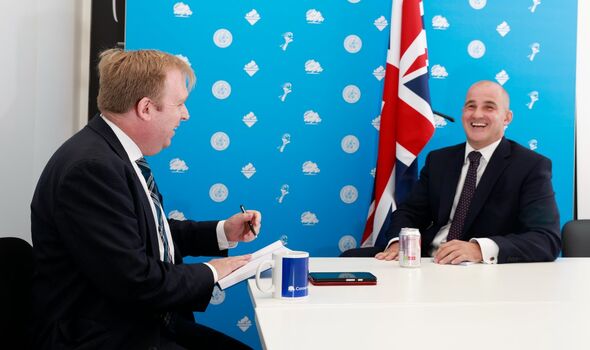 But Mr Berry insisted that the Prime Minister’s willingness to make unpopular decisions and get things done will eventually bear fruit with an election still more than two years away.

He pointed to the list of more than 100 projects at the end of the mini Budget blue book which had been stuck in the system for years but Ms Truss has forced through to benefit communities up and down Britain.

He said: “We did a lot in the first 20 days which gives me great hope.

“If you look in the Blue Book on page 33 it’s a list of projects. They were projects that for want of a better word were stuck in treacle within the civil service which would have taken years in some cases decades to get to the start point.

If Labour really has a 33-point lead, the Tories face total wipeout [INSIGHT]

If Labour really has a 33-point lead, the Tories face total wipeout [REVEAL]

POLL: What most concerns you about the economic crisis? [REACT] 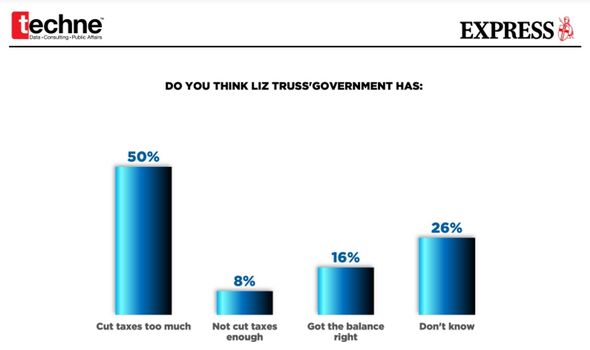