MILWAUKEE (Reuters) – Democratic presidential nominee Joe Biden on Thursday met with the family of Jacob Blake, the Black man whose shooting by police in Wisconsin in August sparked a new surge of civil unrest around the United States. 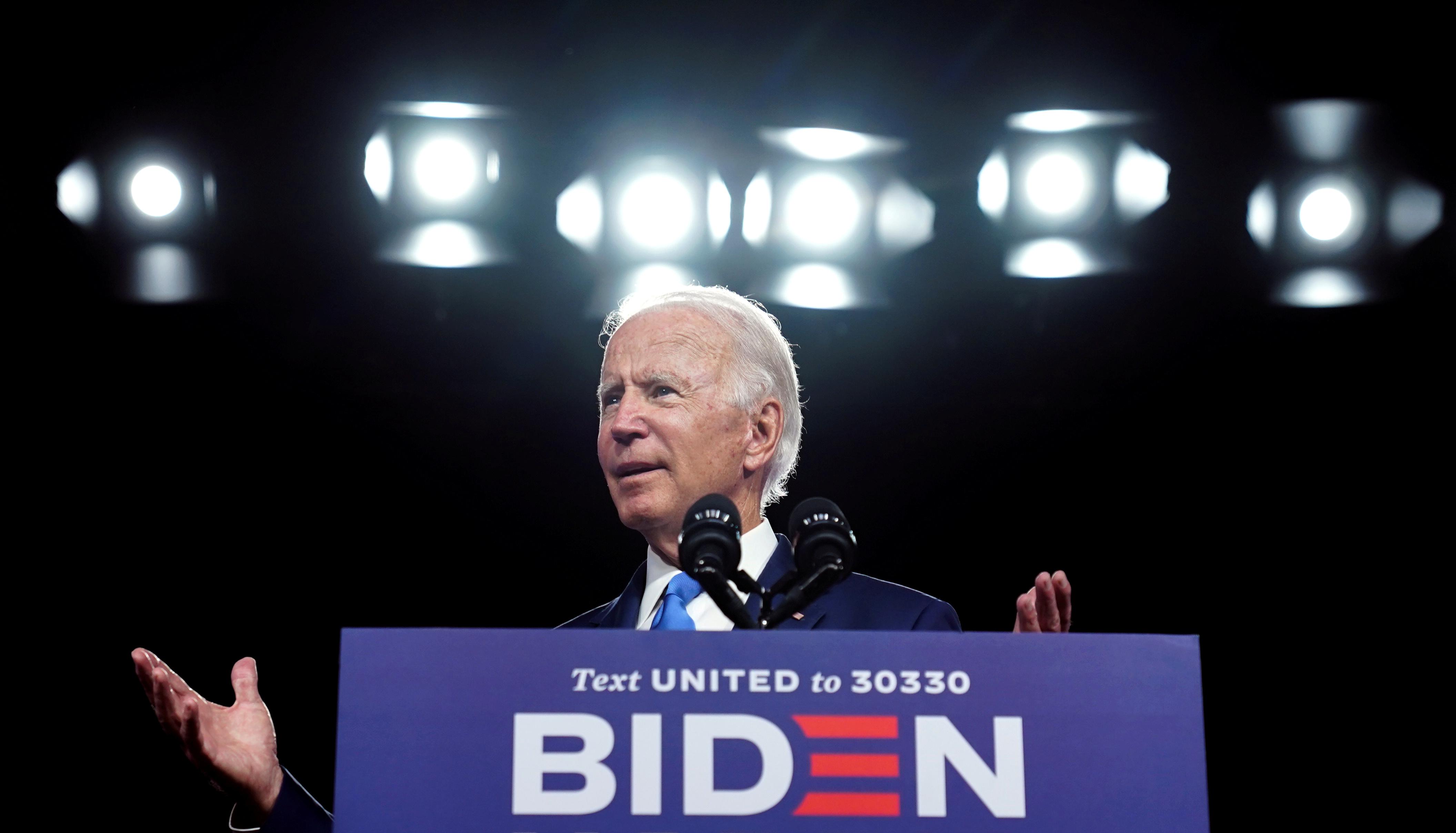 The private meeting, which took place in a building at the Milwaukee airport, came at the start of a trip by Biden to the state. Biden and his wife Jill met with four members of Blake’s family, including his father, Jacob Blake, Sr., the Biden campaign said.

Biden later will convene a community meeting in Kenosha, Wisconsin, where a white police officer shot Blake in the back on Aug. 23, leaving him paralyzed from the waist down and sparking several days of protests against police brutality in the city and across the country.

A 17-year-old supporter of Biden’s Republican rival, President Donald Trump, has been charged with killing two people and wounding another with a semi-automatic rifle during a clash with Kenosha protesters.

Trump visited the city on Tuesday, but did not meet with Blake’s family. Instead he visited a furniture store that was destroyed in the upheaval and suggested that Democrats like Biden condoned the violence that has at times disrupted largely peaceful demonstrations, even as Biden has condemned it.

Trump has increasingly made the national protests over racial inequality and police brutality a central theme of his campaign to be re-elected on Nov. 3, casting himself as holding the line against urban chaos.

Biden, in turn, has accused Trump of stoking conflict to frighten voters.

“Donald Trump looks at this violence and sees a political lifeline,” Biden said in a speech in Pittsburgh on Monday.

The visit marks a distinct change in campaign tactics for Biden, who has mostly avoided traveling far from his Delaware home, arguing the coronavirus pandemic required caution.

The protests that have flared nationwide since Minneapolis police killed George Floyd in May have placed the Democrat in a difficult political position at times. Along with his running mate, Kamala Harris, Biden has praised the energy of the Black Lives Matter movement, but has not embraced its goals of de-funding or even eliminating local police departments.

That has not stopped the Trump campaign from suggesting Biden is in lockstep with the movement.

“These are left-wing radicals aligned with his party’s extreme anti-police wing, and they are in control of the Democratic Party, and therefore in control of Joe Biden,” Trump spokesman Tim Murtaugh said on Wednesday.

Wisconsin is a critical battleground in the fight for the White House. Trump edged out Democrat Hillary Clinton there four years ago, and while opinion polls show Biden with a lead in the state, Trump’s campaign has made retaining it a top priority.

Trump will visit another swing state crucial to his re-election when he makes a campaign stop in Latrobe, Pennsylvania, on Thursday.

Trump won Pennsylvania by just 45,000 votes in 2016. Recent polls show him trailing Biden in that state as well, although there are indications the race there is tightening.