Home » Politics » ‘It’s a fact!’ EU’s fishing remarks blasted as No10 hits back with own plan for UK waters

The UK wants to take back control of its waters once it is no longer tied to EU rules at the end of the year. But, this morning European Commission President Ursula von der Leyen said Britain had to understand the EU would continue to stand firm on the issue of access in trade negotiations.

At a press conference in Belgium, Ms von der Leyen said: “On fisheries, we continue to have a gap.

“We have not yet found the solutions to bridge our differences.

“We understand that the UK aspires to control its waters.

“The UK must, on the other hand, understand the legitimate expectations of EU fishing fleets built on decades, and sometimes centuries of access.” 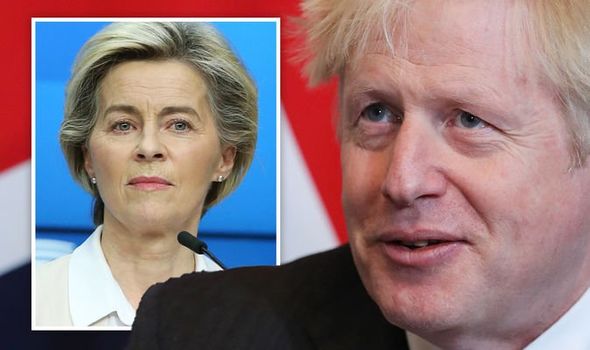 A Downing Street spokesman has rejected the EU’s assertion the UK “aspires” to control its waters, saying: “It’s a fact.”

Britain has made fishing one of its red lines in negotiations, warning Brussels it will not back down in the face of EU stubbornness.

Emmanuel Macron, along with several other states, have made fishing a red line of their own, insisting their fisheries must be allowed its share of the catch in UK waters.

Reiterating the UK’s position this afternoon, a Downing Street spokesman said: “As an independent coastal state we are ready to conduct an annual negotiation with the EU on arrangements for 2021.”

Mr Johnson’s desired outcome would allow the UK to reassess the EU’s fishing quota on a yearly basis to ensure British fisheries still received their fair share of quotas.

However, the EU is insisting on far longer arrangements, with their fishermen guaranteed the same catch for up to 10 years. 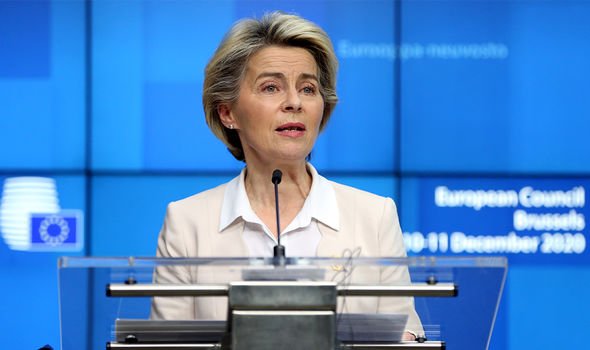 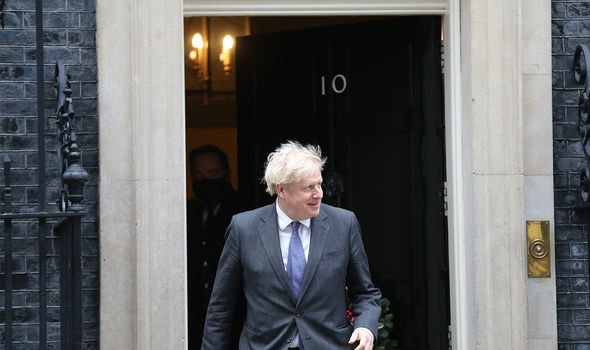 Neither side has been prepared to move on this issue, pushing negotiations to the brink of a no deal scenario.

Mr Johnson and Ms von der Leyen have set a deadline of Sunday to decide if a trade deal can be done.

The UK’s chief negotiator David Frost and his EU counterpart, Michel Barnier, are in Brussels today and over the weekend desperately trying to find a way to break the deadlock.

Fishing, along with the issues of state aid and governance, have held up negotiations for months.

There are now just three weeks until the UK leaves the EU transition period, with any deal agreed needing to be voted on by Parliament in the UK and by MEPs in Brussels.

The EU fears if a deal is not struck by the end of this week it will be too late to have time for it to pass through the European Parliament before the December 31 deadline.

Last night Mr Johnson held an emergency meeting of his Cabinet where it was agreed no deal preparations would be ramped up.

Speaking after the extraordinary meeting, which took place via conference call, the Prime Minister said in a video clip shared by No10: “Many years now after people have voted to leave the EU, we wouldn’t still have control of our waters.

“The Cabinet agreed very strongly that we’re really not there yet at all.

Brexit: Johnson says EU equivalence is ‘not sensible’ for UK

“There’s always the possibility or prospect of coming out on Australian terms, which I believe are very good terms, and we as I say can prosper mightily in that future which is just around the corner.

“What I told the cabinet this evening is to get on and make those preparations.

“We’re not stopping talks, we’ll continue to negotiate but looking at where we are I do think it’s vital that everyone now gets ready for that Australian option.”