Steve Bray has become a recognisable figure outside Parliament buildings for his ongoing protest against the UK’s departure from the European Union.

His shouting is frequently accompanied by loud musical renditions played through a speaker and repeatedly heard disrupting television broadcasts outside Government buildings.

In an interview with broadcaster Julia Hartley-Brewer, Mr Bray came under fire for his aggressive approach to protest action.

Mr Bray laughed and replied: “You can shout as much as you like.”

The broadcaster continued: “But that’s the point Steve!

“Me shouting ‘liar’ at you while you’re trying to talk means we don’t hear what you’re saying. 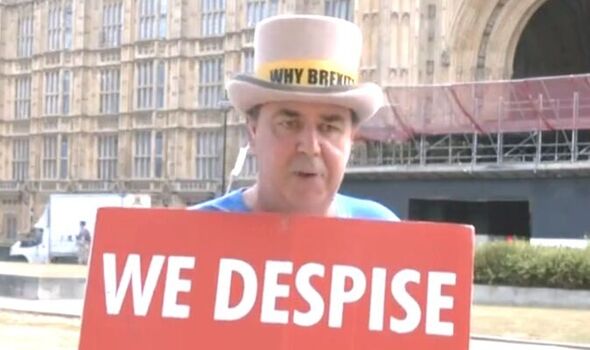 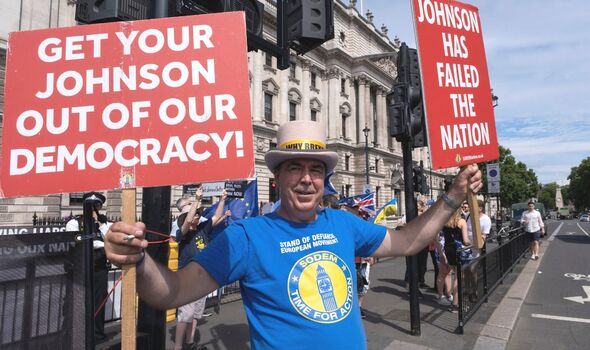 Mr Bray dismissed the criticism as he replied: “You can shout anything you want while I’m on – I’m happy.”

The anti-Brexit protester fought back: “How is it democratic debate when a Tory is stood in front of a camera lying through his teeth?”

Mr Bray, also commonly known as the ‘Stop Brexit Man’, is renowned for approaching MPs outside Parliament, often frequently resulting in a heated exchange and plentiful accusations of deceit and corruption from Mr Bray. 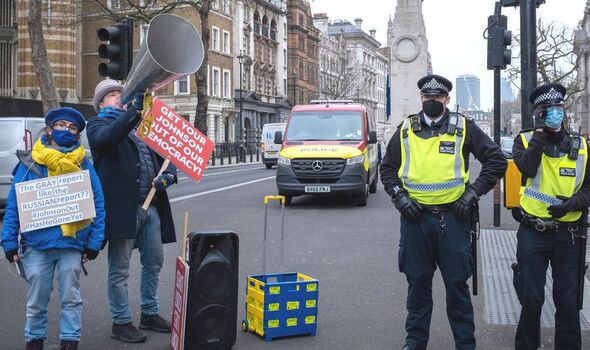 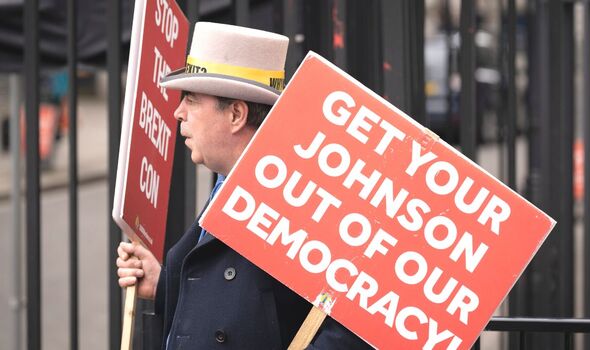 Mr Bray replied: “At the end of the day, there is nothing undemocratic about what I’m doing and for you to want to put that down is a shame.

“You’re welcome to protest when you have your argument, I’ll back you all the way on that.” 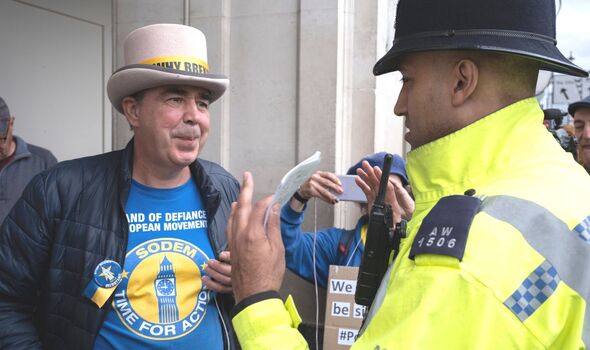 Mr Bray made no exception to his usual action as Boris Johnson announced his plan to step down as Prime Minister.

While the footage of Mr Johnson’s formal resignation speech was broadcast to the nation, Mr Bray’s rendition of ‘Bye, Bye Boris’ could be heard playing through a speaker among the gathered crowd of onlookers.

As the Conservative resignations of last week unfolded, Mr Bray jumped at the opportunity to accost several MPs on Parliament Green and ask if they condemned the Prime Minister.

His speaker also disrupted live coverage of the events as several interviews across major broadcasting services were forced to switch back to studio coverage when the music became too much to contend with.