Joe Lycett praises Thatcher for 'getting rid of those wokey miners'

Comedian Joe Lycett made fun of Liz Truss as he sarcastically argued that he is “thrilled to have Liz as the new prime minister”. Referring to Ms Thatcher, he jokingly praised her for being able to “get rid of those wokey miners” while in power. Comparing the former Prime Minister with Ms Truss, he ironically stressed “it’s going to be a great time for this country” under Liz Truss as “she’s going to fix it”. 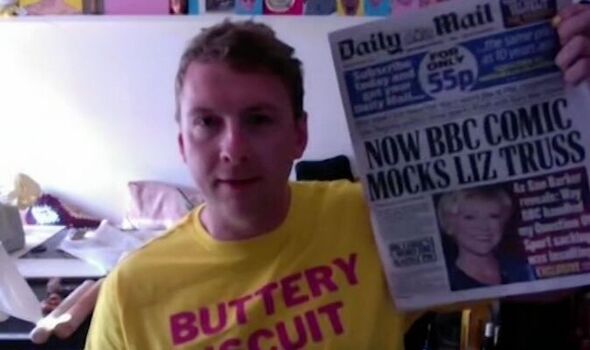 Mr Lycett told Jeremy Vine: “I’m a bit disappointed because they’re saying that I’m mocking Liz Truss, which is the complete opposite of what I’m doing.”

He argued: “I’m a big Liz Truss supporter. I think she’s the absolute best that we’re capable of.

“I loved her, she got rid of those wokey miners, good job Margaret.”

He concluded: “I’m thrilled to have Liz as the new prime minister.

“I think it’s going to be a great time for this country, she’s going to fix it”.