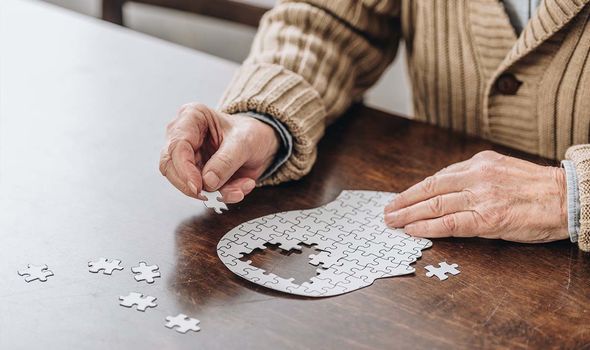 Ahead of Wednesday’s Budget, Alzheimer’s Research UK issued a warning that failure to do so would see the killer condition spiral out of control and engulf the NHS. Disgraced former health secretary Matt Hancock made the pledge to this newspaper weeks before the 2019 general election.

He said he would plough £1.6billion of taxpayers’ cash into research over the next decade – an extra £83million a year – describing it as a “Dementia Moonshot” that could lead to a cure.

But almost two years on, Mr Hancock’s promise has not been kept.

Hilary Evans, Alzheimer’s Research UK chief executive, said: “The rapid response to Covid-19 has shown what science can achieve with the right will and resources. We are at a tipping point for progress in dementia research and, with government support, the UK could lead the world in this field. We have a rich research ecosystem – especially in early science.

“The Moonshot is a much-needed next step and the spending review is a crucial opportunity to deliver.

“The funding would position the UK as a leading location for global life sciences investment.

“But, more importantly, it could help fund life-changing treatments for dementia.”

There are almost one million people in the UK living with dementia, projected to rise to two million by 2050.

Professor Bart De Strooper, director of the UK Dementia Research Institute, said: “In April, dementia overtook Covid as the leading cause of death – a stark reminder of this growing and lasting health crisis.”

‘Home help is in crisis’

Elderly dementia sufferers are being forced into care because home help is unavailable, it was claimed yesterday.

Alzheimer’s Society said a social system that was “on its knees” before the pandemic is now in continuing crisis.

Kate Lee, the charity’s chief executive, said: “We can cure the care system, if the Government puts dementia at the heart of its social care plans to boost quality.”

In a poll of almost 800 family carers, 27 per cent said their loved ones could have stayed at home longer if they had been offered more support.

One-third said they had not had the help they needed, while 31 per cent said care visits were too short.

‘Save others from our pain’

Sisters Chrissi and Ciana Ayre lost their father to the disease when they were young and are determined to fight for more research funding in his name.

Mike, of Budleigh Salterton, Devon, died with early-onset Alzheimer’s in 2013. He was just 51.

“The only way to change things and protect other families from the same heartache is through research. We need the Government to stick to its promise of doubling its annual dementia research commitment.”