BBC presenter Nick Robinson grilled the Labour leader on criticism suggesting he waits until the last minute before calling for the UK Government to implement an “obvious” measure. Sir Keir reacted angrily to the question and labelled the argument as “obviously rubbish.”

Mr Robinson said: “There are some of your critics that suggest what you do is wait until there is an obvious decision about to be taken by the Prime Minister, one that is rumoured in the media, and then a few hours early call for it.

“If you look at the circuit breaker that I was calling for in the autumn, I could for it for two weeks or more and the Prime Minister said it would be a disaster and he wouldn’t do it. 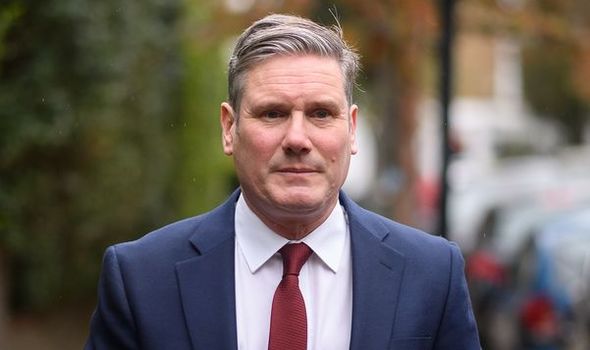 “So you could not say that was the eleventh hour.

“The point you were putting to me was that it was last minute when it just was not.”

The Labour Party leader added: “People are not interested in if I called for something before somebody else did.

“They are interested in saying are you Keir Starmer prepared to put your shoulder to the wheel on the national effort.

“The answer to that question is yes, we will do everything we can to make sure the vaccination programme rolls out as swiftly and as safely as possible.”