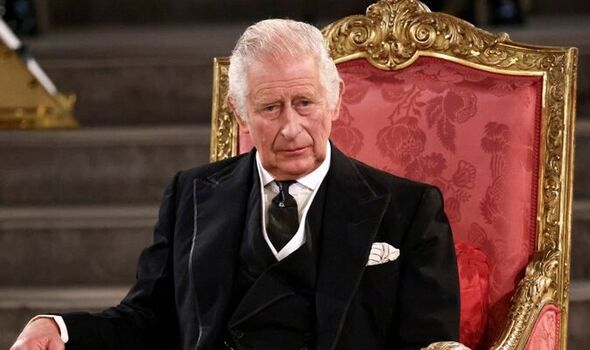 Grieving King Charles signed off a series of ministerial appointments today as he got down to work as monarch while still being in a period of mourning.

Just 24 hours after the funeral of his late mother, the King approved four people to take on roles in Liz Truss’s Government.

He started on his constitutional duties despite the Royal Family not taking part in any formal public engagements for another week to give them time to recover following the death of the Queen.

Ms Truss has been in No10 for less than 48 hours when Her Majesty died at Balmoral on September 8. She was part way through appointing ministers to her Government when politics effectively stopped as a mark of respect until after the funeral.

It meant a number of ministerial posts have been vacant for the past fortnight.

A statement from No10 this afternoon said the Kind had been “pleased to approve” four new members of Government.

Baroness Neville-Rolfe, Lord Sharpe. Baroness Scott of Bybrook, and Lord Kamall were all given roles to serve.

The King was watery-eyed as he said goodbye to the Queen yesterday.

Since her death, he has been busy touring the country and meeting elected politicians with little time to privately mourn the loss of his mother.

Earlier today he flew to Scotland in order to take some time out and rest at Balmoral to recover from the gruelling schedule of the past 10 days.