King Charles gestures for the table to be cleared

The King is set to receive an address from both Houses of Parliament in Westminster Hall at 10.30am on Monday. The new Monarch, who was proclaimed today, will be accompanied by his Queen Consort Camilla, appearing in the Palace of Westminster for the first time since his mother Queen Elizabeth II’s death on Thursday.

The last time King Charles appeared in Parliament – on May 10 this year – was as the Prince of Wales. Deputising for his mother at the State Opening of Parliament, Charles sat on the Royal throne in the House of Lords to read out the programme of the Government in the Queen’s speech.

On Monday, September 12, he will be attending for the first time as Sovereign, appearing in the oldest part of Parliament, Westminster Hall, which is steeped in history and where his mother will shortly lie in state as did his grandmother the Queen Mother and his grandfather King George VI before.

Sir Winston Churchill’s body also lay in State there in 1965.

Westminster Hall is the scene of joint addresses to the two Houses of Parliament and a place where peers and MPs can both congregate. 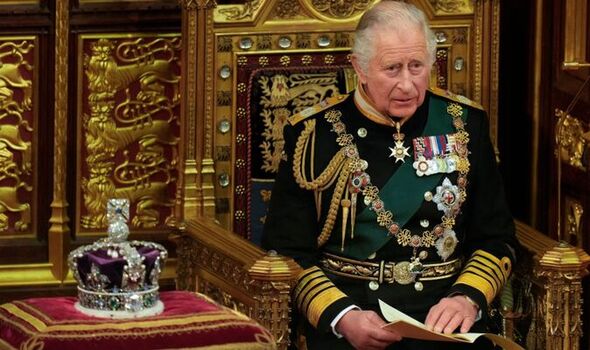 It is also the scene of where his namesake, King Charles I, was infamously put on trial and condemned to execution after the English Civil War in 1649.

Famous leaders who have addressed the two Houses in Westminster Hall include Barack Obama, Nelson Mandela, Pope Benedict and on a number of occasions the late Queen Elizabeth II.

Tradition prevents the Monarch from entering the House of Commons because of King Charles I decision to enter with soldiers and attempt to arrest four MPs in 1642. 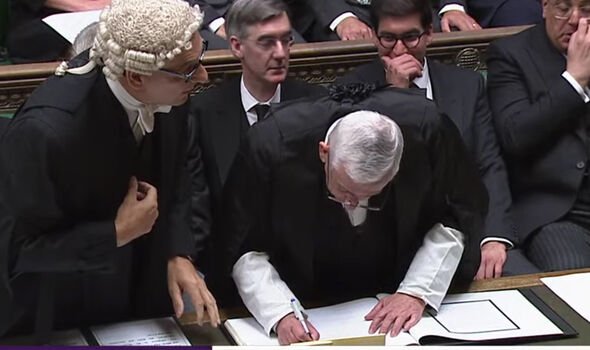 Earlier today, MPs led by the Speaker Sir Lindsay Hoyle swore a new oath of allegiance to the King.

This followed the Accession Council meeting made up of senior politicians, bishops and members of the Royal household to confirm the coronation of the King.

King Charles has made it clear that he wishes to carry on his mother’s legacy and pledged to continue her wisdom.

Ministers have told Express.co.uk that he is expected to echo those words when he meets Parliamentarians on Monday.