Liz Truss has made a major tactical error in dropping the UK/ US trade deal a leading Washington insider has warned. Nile Gardiner, Director of the Margaret Thatcher Center at the Heritage Foundation, has said that Britain’s new Prime Minister needs to “stand up to Biden’s bullying”.

Speaking to Express.co.uk in Washington, Mr Gardiner warned that Joe Biden’s administration is “completely hostile to Britain and hates Brexit” so will take her decision to pull back from getting a trade deal as “a win for the White House.”

Mr Gardiner carries out private briefings for UK ministers and has been a long-term fixture in Washington.

He said: “It is extremely tense between the Biden White House and the British Government at the moment.”

Mr Gardiner also claimed the relationship between the two Governments may be the worst it has been in recent history. 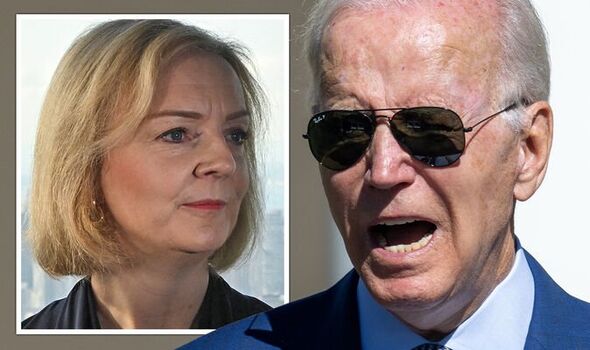 He said: “The problem is they do not want Brexit to succeed, they see Brexit and the Conservative Government with its tax cutting agenda as an existential threat.

“It is everything they don’t stand for. A trade deal would be a vindication of Brexit.”

Mr Gardiner is set to issue the warning to senior ministers and MPs next week when he attends the Conservative Party conference in Birmingham.

He believes that if, as the polls suggest, the Republicans win both the Senate and House of Representatives then Biden could be forced into striking a trade deal. 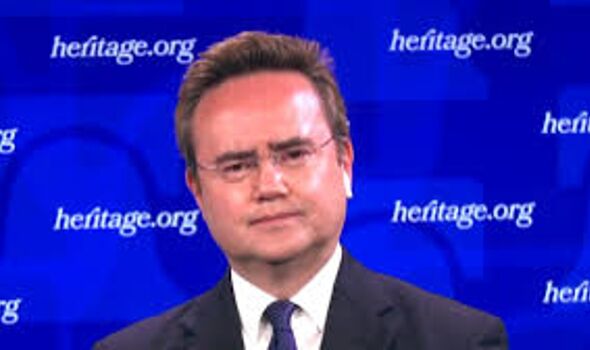 “The fact is that if there was a Republican President we would probably have a trade deal in six months but you cannot base foreign policy on what might happen.

“With the Republicans holding both Houses the UK could force a trade deal on Biden.

“But the Republicans who are keen to help are going to wonder ‘why bother’ if the UK drops it.

“It is the one mistake Liz Truss has made since becoming Prime Minister.”

He accepted that the approach of striking deals with 20 individual states had been effective but added: “The UK should not lose sight that the big prize is a US trade deal at federal level.” 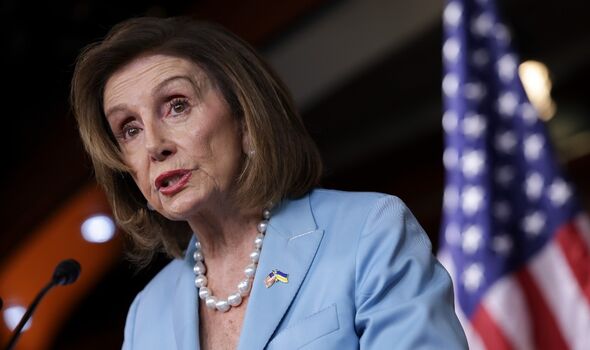 When she flew over to the US for the United Nations General Assembly, Ms Truss revealed the US trade deal was “no longer a priority”.

She has put joining the Comprehensive and Progressive Trans Pacific Partnership (CPTPP) of 11 nations including Australia and Japan at the top of the list.

It is understood that the UK Government is waiting to see if the Democrats hold on to the White House in 2024 with polls suggesting it will go back to the Republicans.

Mr Gardiner noted: “Biden and Pelosi are both very strongly influenced by the powerful Irish lobby.

“There is a real dislike of Britain and in the end, Liz Truss has to stand up to them.”

A change in the relationship was underlined when Ms Truss let it be known that she does not want diplomats or the US to it as “the special relationship” any more on her recent trip to New York.