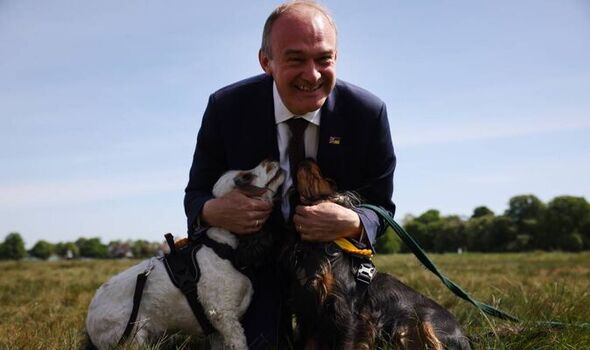 The party won dozens of extra town hall seats, including snatching Hull City Council from Labour, which was an embarrassment for Sir Keir Starmer.

The Lib-Dems also took seats from the Conservatives in places such as Stockport, Wimbledon and West Oxfordshire – David Cameron’s former backyard.

The results follow a run of election thrashings which saw the party’s fortunes dwindle.

“I’m really excited about the South-west of England and coming back there. I’m excited about all those seats across the Blue Wall which, frankly, we haven’t been players in for a long time.”

He also said more needed to be done to tackle the cost-of-living crisis.

“Millions of pensioners and families deserve more support, not high taxes, unfair tax rises,” he said. “They deserve an NHS where people aren’t having to wait for hours for an ambulance and wait for days for a GP appointment.

Asked if the Lib-Dems had been forgiven for their role in the coalition government of David Cameron and Nick Clegg, Sir Ed – who served as energy minister under them – called this week’s local elections a “turning point”.

He continued: “People across our country have spoken in huge numbers. This is a historic moment for the Liberal Democrats. We are winning across the country again.”