Demand for Matt Hancock to resign – or for Boris Johnson to take action – is growing over footage of the health secretary kissing a close aide, in breach of COVID-19 regulations.

A video of Mr Hancock, who is married, embracing Gina Coladangelo was published by The Sun newspaper on Friday night, following the release of stills from the CCTV clip earlier in the day.

North Norfolk MP Duncan Baker on Saturday became the first Conservative MP to openly call for Mr Hancock to go, giving a statement to his local paper, the Eastern Daily Press, saying he does not “in any shape condone this behaviour”.

Esther McVey, Conservative MP for Tatton, later told GB News it will be “viewed more admirably” if he resigns rather than it “being pushed upon him”.

The latest calls follow campaign group COVID-19 Bereaved Families for Justice describing the prime minister’s backing of Mr Hancock as a “slap in the face” for families who had lost loved ones to the virus, and a Labour spokeswoman accusing Mr Johnson of being “spineless”.

A snap poll from Savanta ComRes, released hours after photographs of the pair kissing in Mr Hancock’s ministerial office surfaced, also found that 58% of UK adults believe Mr Hancock should resign – compared with 25% who don’t. 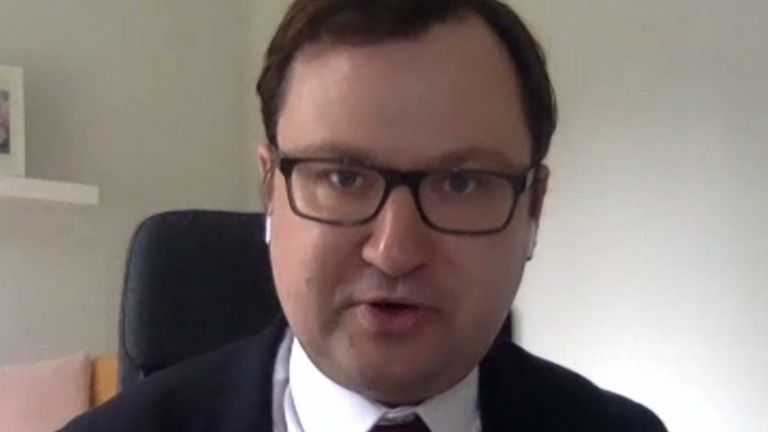 Mr Hancock has admitted he “let people down” and said he is “very sorry”. Mr Johnson has said he accepts the health secretary’s apology and “considers the matter closed”.

However, lawyers have described how Mr Hancock may have broken the law regarding coronavirus restrictions, although he admitted only to breaching guidance. And there are also questions about Mrs Coladangelo’s appointment to her role in the Department of Health and Social Care (DHSC) in the first place.

In a report in the Eastern Daily Press on Saturday, North Norfolk MP Mr Baker said: “In my view people in high public office and great positions of responsibility should act with the appropriate morals and ethics that come with that role. 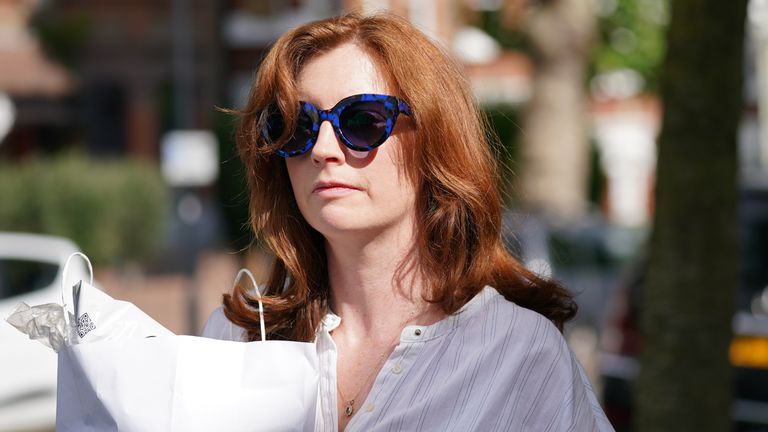 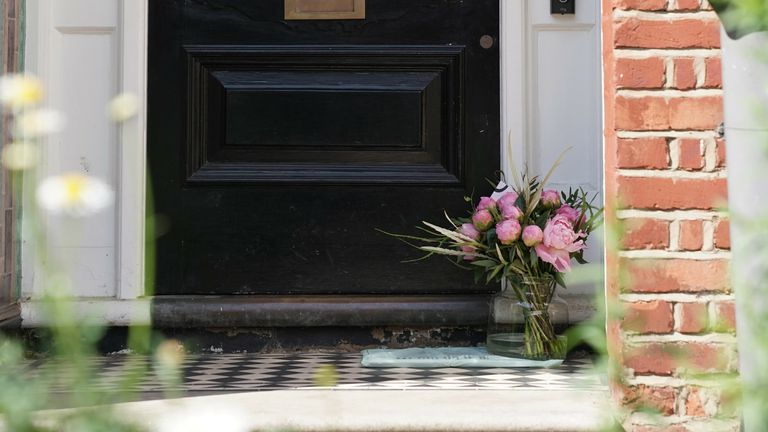 “Matt Hancock, on a number of measures, has fallen short of that. As an MP who is a devoted family man, married for 12 years with a wonderful wife and children, standards and integrity matter to me.

“I will not in any shape condone this behaviour and I have in the strongest possible terms told the government what I think.”

Speaking to Sky News, Mr Dorrell, a former Tory minister who is now a Liberal Democrat, said: “I’m afraid I believe his role is untenable. I bear Matt Hancock personally no ill will. He’s a very able guy, and I hope and believe that he can continue to play a role in British public life.

“But it cannot be as health secretary in the current circumstances, asking people to observe social distancing and other unwelcome constraints on their personal liberty that he himself has been found out not to observe.

Mr Norris said if nothing is done then “there has to be an investigation”.

He told Sky News: “The secretary of state should try and salvage some credit for him, and for the government that he is a leading part of, by resigning. If he does not do that, the prime minister should show leadership and sack him.

“If they do not do that, that asks very fundamental questions about the quality and the integrity of our leaders in this country. And that, again, isn’t good enough. So we will keep raising this point, we will keep pressing it.”

According to The Sun, the CCTV footage of Mr Hancock and Ms Coladangelo was taken on 6 May at the DHSC (department of health and social care) building. At this time, government guidance said people should keep their distance from anyone not in their household or support bubble.

Labour Party chair Anneliese Dodds and Liberal Democrat MP Layla Moran, who chairs the all party parliamentary group on coronavirus, are also among those who have called for Mr Hancock to go.

But former Conservative minister Edwina Currie – who had an affair in the 1980s with former prime minister John Major – defended Mr Hancock’s refusal to resign, saying “private lives are private”.

Ms Currie told Times Radio: “I think also we should be very wary of being terribly censorious and pious that we want perfect behaviour from ministers.”

However, Mr Dorrell made the point in his interview that this is not just a “sleaze” scandal. “This is about the government’s ability to ask people to observe social distancing,” he said.